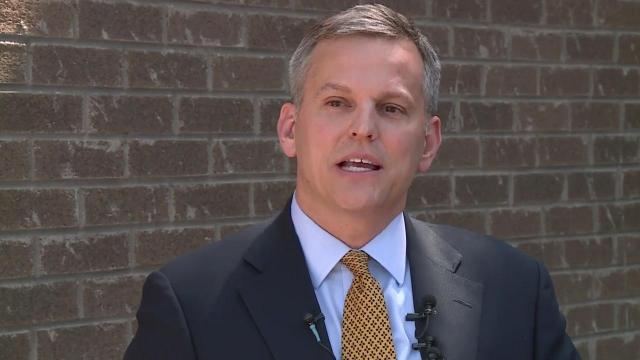 CBC Editorial: Friday, May 25, 2018; Editorial # 8305
The following is the opinion of Capitol Broadcasting Company

The numbers are tragically staggering:

In 2016 health care prescribers in the state wrote an opioid prescription for nearly every man, woman and child. There were 705 million opioid pills prescribed in North Carolina –705 per person -- in 2016.

This crisis is no accident. Its origins are with pharmaceutical manufacturers. “The majority of persons with opioid addiction started with prescribed painkillers,” wrote Rebecca Haffajee and Michelle Mello in the New England Journal of Medicine.

North Carolina Attorney General Josh Stein last week filed a lawsuit against drug maker Purdue Pharma over its opioid marketing practices. Five other states have filed similar lawsuits against Purdue. The latest legal action comes after a lawsuit Stein filed late last year against Insys Therapeutics over an alleged scheme that included kickbacks, deception and fraud in marketing Subsys – a spray form of synthetic fentanyl. Additionally, Stein has joined with attorneys general in 40 other states in an investigation of the opioid epidemic. They are seeking documents and information from manufacturers and distributors of prescription opioids.

Stein is right to be assertive and aggressive in making sure that those responsible for this community-wrecking problem are held to account to remedy it. These companies should enter in sincere and expedited negotiations with Stein and other states. Funds from a settlement must be used to both deal with those who are addicted to end their dependence and stem the flow of legal and illicit narcotics.

There are immediate needs and the General Assembly should, at a minimum, fully-fund Gov. Roy Cooper’s budget requests for about $10 million more to address the treatment for those suffering in the epidemic.Even more urgently, the legislature must relent on its pointless ban on accepting billions of federal dollars to expand Medicaid to more than half-a-million North Carolina citizens who lack adequate access to health care now. Medicaid expansion is an important “intervention for improving outcomes related to the opiate epidemic,” said Jay Unick a professor at the University of Maryland School of Social Work.

North Carolina law enforcement officials like Nashville Police Chief Thomas Bashore are on the front lines of dealing with the opioid crisis. Bashore echo the calls for Medicaid expansion along with greater support for community-based programs.

Most of those dealing with opioid abuse are looking for a way to break free of the addiction but lack access to professional programs near where they live as well as insurance coverage to pay for treatment.

This drug abuse plague, for the greatest part, isn’t about people looking for an escape or some kind of recreational activity. They became trapped when they took medicine that doctors prescribed.

Necessary funding for community treatment; Expanding Medicaid to help those who can’t afford treatment, will.