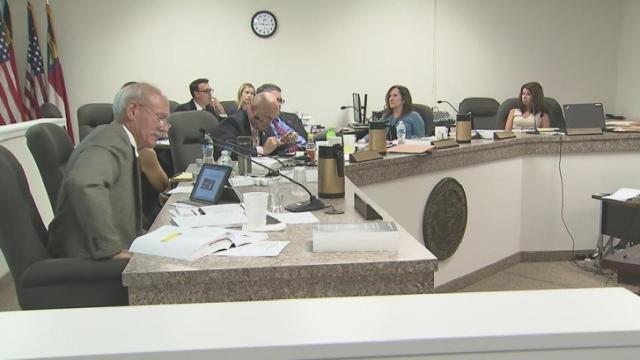 A CBC Editorial: Friday, Sept. 9. 2016; Editorial# 8053
The following is the opinion of Capitol Broadcasting Company

The North Carolina Board of Elections deserves credit for not taking the easy way out as it decided challenges to one-stop, early voting plans from dozens of counties during a marathon session Thursday.

The Fourth Circuit Court of Appeals ruled that the election law changes passed by the General Assembly discriminated against African-American and young voters. The board rejected heavy-handed pressure to take partisan stands but instead largely made decisions based on what was best for voting, not politics.

The five-member board neither rubber stamped plans adopted by 33 GOP-controlled local boards of elections, nor did it reflexively acquiesce to alternatives offered up by Democrats. For more than 10 hours, it listened, explored, probed and discussed proposals. In some cases it molded compromises.

In several instances the Republican-dominated state board displayed rare independence in a highly polarized political environment. It bucked the GOP establishment and approved plans that imposed Sunday voting, provided additional polling places and increased voting hours in several counties. It is the kind of example that gives even more credibility and urgency to efforts in another area of elections – the establishment of a nonpartisan commission to draw congressional and legislative district lines.

The state board approved in its entirety, amid intense pressure from the state’s top GOP leaders to act otherwise, the alternative early voting plan for Wake County. The plan offered up by Mark Ezzell, the lone Democrat on the Wake County Board of Elections, opened nine polling sites during the first week of early voting – Oct. 20 through Oct. 26. The initial Wake County GOP plan had just a single voting site, in downtown Raleigh, during that period. Republican Jim Baker joined the two Democrats – Joshua Malcolm and Maja Kicker -- to back the Ezzell alternative.

The board added Sunday voting in at least five counties that tried to eliminate it and expanded total hours of early voting and polling sites in Mecklenburg and other counties.

Ultimately, providing opportunities for early voting aren’t about whether one party, faction or candidate gains an advantage over another. It is common sense – providing opportunities for as many people as possible to get to the polls. In 2012, the 72,000 people in Wake County who cast ballots during the first seven days of early voting meant shorter lines on Election Day.

In the coming days there may well be challenges to early voting plans and even some of the decisions the State Board of Elections made. There will be plenty of second-guessing and criticism. Regardless, the board and its staff, deserve credit for giving each plan and presenter serious and thorough consideration.

In the end, elections are determined by those who are determined to participate. So, register by Friday, Oct. 14, and vote, starting Oct. 20 through Election Day on Nov. 8.