Editorial: Standing up to partisan pressure on Russian meddling and protect ballot integrity 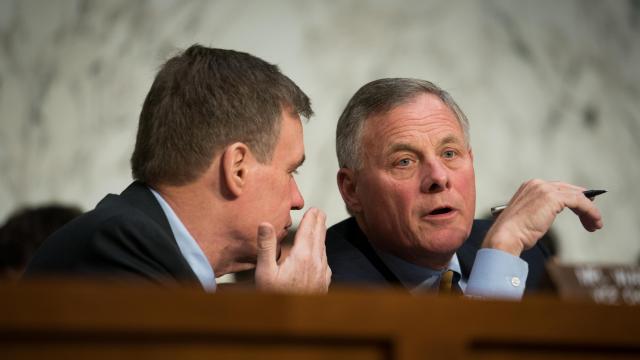 CBC Editorial: Tuesday, May 22, 2018; Editorial # 8303
The following is the opinion of Capitol Broadcasting Company

President Donald Trump and his hyper-partisan allies have worked relentlessly to discredit the nation’s intelligence community assessment that Russia sought, through a variety of means, to influence the 2016 presidential election in the GOP’s favor.

So, it is not a small matter that the leadership of the Senate Intelligence Committee, Chairman North Carolina Republican Sen. Richard Burr and vice chairman Virginia Democrat Sen. Mark Warner, have concluded quite the opposite and issued an unequivocal statement.

After Burr’s committee spent 14 months reviewing the sources, methods and analytic work of the nation’s intelligence community, Burr said he saw “no reasons to dispute the conclusions” that the Russians “undertook an unprecedented effort to interfere with our 2016 elections.” In the same statement Warner said: “The Russian effort was extensive, sophisticated, and ordered by President Putin himself for the purpose of helping Donald Trump and hurting Hillary Clinton.”

Earlier this month the committee released findings on election security that concluded Russian hackers looked into at least 20 state election operations to find ways to hurt confidence in the voting process.

At the close of 2017, the president pressed Burr to quickly wrap up the committee’s probe. At the time, Burr said he wasn’t sure if the committee would issue a report or merely make public the information it had gathered. It now appears Burr’s committee is taking a more comprehensive approach.

Six months ago there were three key questions for Burr’s committee:

The third, the most crucial question, has yet to be answered. It must be resolved by the conclusion of the committee’s work.

Burr must make sure the hard work the committee’s already done doesn’t stop with a report that merely says what happened and why.

Given what the committee learned, it is incumbent it provide recommendations on what needs to be done to make sure the election meddling of 2016 doesn’t happen again. These efforts at disrupting and trying to sway the results of our elections must be identified, exposed and thwarted.

The 2016 presidential election may end up being the most scandalous in our nation’s history.

Burr’s committee's job isn’t over until it makes sure those scandals can’t and won’t be repeated.