Editorial: Should Berger be 'schooled' on name calling? 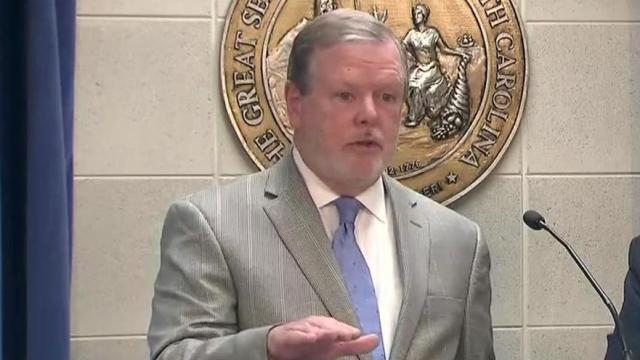 After a public charter school in Mecklenburg County received a complaint that its graduation was held in a church where large banners with Bible verses were visible to attendees, school officials decided to seek an alternative site for the 2019 commencement.

A letter from a national organization that promotes church and state separation arrived without warning and was disconcerting. Shannon Stein, the school’s superintendent, told The Charlotte Observer she was dismayed that no one had come to her to express such concerns. “I think a dialogue would have led to resolution,” she said.

While Stein spoke of dialogue and school officials took the wiser course of action, North Carolina State Senate leader Phil Berger decided it was an opportunity for confrontation and engage in name calling.

“Can you believe an out-of-state liberal organization is forcing a North Carolina high school to find a new graduation location?” he said in a Nov. 13 Facebook post. “For the last seven years, Lake Norman Charter School held its graduation at University Park Baptist Church. But a liberal Washington, DC-based group sent the school a legal letter based on an “anonymous complaint” saying the graduation ceremony violated the separation of church and state, and now the school has to search for a new place to hold its ceremony.”

Rather than taking an opportunity to facilitate a reasoned solution, one of North Carolina’s most prominent public officials seized it as a chance to divide. Berger clearly had not read to the end of the newspaper article that so enflamed him. He should have heeded Stein’s admonition: “This seems to be a sign of our times that we jump to an extreme option.”

Conducting public school activities, such as graduations, in religious sanctuaries and facilities where religious symbols are on display is a clear violation of the First Amendment. While the school had been doing it for seven years apparently without complaint, it should have known better.

“Using a church as a graduation venue disrespects the beliefs of students and their families,” said the Aug. 23 letter (nine months before the 2019 graduation). “It also violated the Establishment Clause of the First Amendment to the U.S. Constitution.”

The letter from legal director Richard Katskee staff attorney Ian Smith, dated nine months before the 2019 scheduled graduation, made note of several court decisions concerning the inappropriateness of conducting public school graduation ceremonies at churches. They asked that future school events not be held at churches and respond within 30 days about its future plans.

School officials have gone about the business of educating their students and recently identified a new graduation site and are finalizing the arrangements.

Berger’s name calling may have gained a few social media clicks, but the calm reaction of the administration at Lake Norman Charter School is resolving the situation with the interest of students and school community front-and-center.

While the school should have known better, so should Berger.