Editorial: Secret to U.S. Olympic success: Expand opportunities for all to succeed 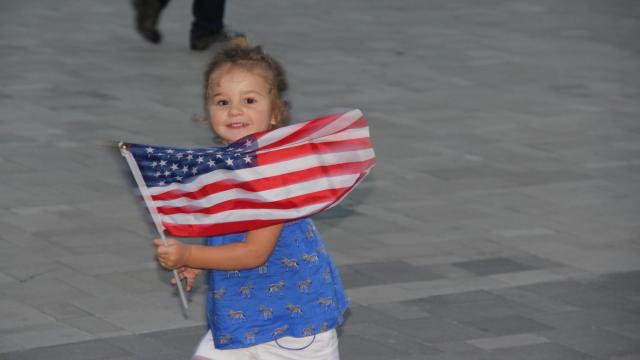 A CBC Editorial: Wednesday, Aug. 24, 2016; Editorial# 8046
The following is the opinion of Capitol Broadcasting Company

It could be the start of a joke: Did you hear the one about the two African Americans, a Latina, a Texan and a Jew who walked into the gym?

It was a uniquely American unit – a look and composition in such a sharp contrast to most other nations that send athletes to the Olympic games. But it was a team that looked like the rest of the U.S. Olympic team, and America -- diverse, determined and competitive.

What’s made America so competitive in athletics? It’s a lot of things, but look to the nation’s sense of fair play and equal opportunity – particularly in the development of women athletes.

A government policy, Title IX,* in 1972 outlawed discrimination in education programs on the basis of sex. As a result, in the realm of sport, colleges had to greatly expand athletic offerings and scholarships to women.

"What the history of Title IX shows us is that if you provide women with quality sports opportunities, they'll come and they'll excel," said Nancy Hogshead-Makar, an all American swimmer at Duke University and winner of three gold medals and a silver at the 1984 Olympics in Los Angeles.

Opportunity knocked. At this Olympics Simone Manuel became the first African-American woman to win an individual gold medal in swimming. She said it is about opportunity, not anointment.

There is no secret formula to the success of U.S. athletes – women and men -- on the global stage. It is as simple and as old as our nation’s founding: clear the way so nobody is excluded from the opportunity to do their best.  It is a formula that equals 121 U.S. Olympic medals.

We are proud of the U.S. team and our new network partner NBC. It is great to be the "Olympic Station."

NOTES:
-- Harvard University, certainly not an institution known for its athletic prowess, today sponsors 41 varsity sports, 21 men's and 20 women's – the largest number of sports, and the largest number of women's sports, offered at any NCAA Division I institution in the country. The University of North Carolina at Chapel Hill offers 28 varsity programs – 15 women’s and 13 men’s.

-- Anyone wondering just how great America is today – at least when it comes to athletics – ponder this: