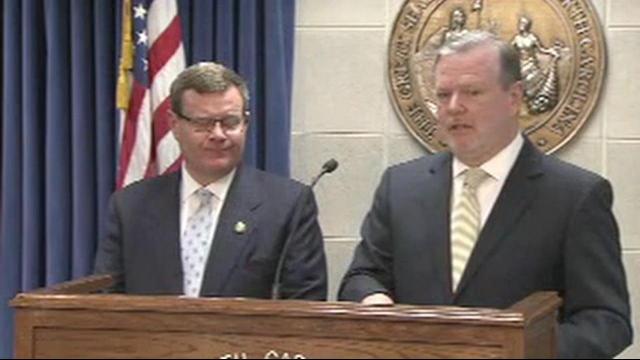 When two North Carolina Republican judges side with the GOP-dominated General Assembly, the leadership is quick with praise, as we saw earlier this week. “We are pleased the court stopped some of Gov. Cooper’s latest attempted power grabs,” according to a joint statement from State Senate Leader Phil Berger, R-Rockingham and state House Speaker Tim Moore, R-Cleveland.

That statement stands in stark contrast to the tantrum that Berger and Moore threw a little more than a year ago when three North Carolina judges – two Democrats and a Republican – had the temerity to unanimously rule that a power-grab by the General Assembly was wrong.

“Judges are not legislators,” the two said. “If these three men want to make laws they should hang up their robes and run for a legislative seat.”

But, it was the ominous threatening sentence that followed that was most troubling. It was the launch of an all-out assault on justice and the state court system. The independence and impartiality of our state courts may be the casualty.

“Their decision to legislate from the bench will have profound consequences, and they should immediately reconvene their panel and reverse their order,” Berger and Moore threatened.

Within weeks Berger and Moore launched their assault on the courts with the goal of both enshrining a partisan complexion on justice as well as make the courts subservient to the General Assembly – despite the state Constitution’s clear pronouncement that “the legislative, executive, and supreme judicial powers of the State government shall be forever separate and distinct from each other.”

In the last year, the legislature has:

That’s just in the last year.

These legislators have led the state’s retreat from, and abolition of, a non-partisan and publically-funded system to elect judges that was a national model. They’ve even changed state laws, in middle of the 2016 campaign, to tilt the state court of appeals election in favor of Berger’s son.

Let’s be clear. It is a fundamental element of a democracy that citizens have courts, including judges, free from undue political or financial influence. Justice that is rigged, no matter by powerful economic interests or by partisan politicians who thrust their thumbs on the scales, is not justice. It is tyranny.

Concern about this megalomaniac behavior is far from partisan. Joining the voices of Democrats are alarmed prominent Republicans.

“Nowhere in America do voters elect their general jurisdiction judges for two-year terms of office,” said state Supreme Court Chief Justice Mark Martin, a Republican who served as top legal aide to Gov. Jim Martin. “Judicial terms of office are longer than executive and legislative terms of office because judges have a different function. Judges are accountable, first and foremost, to the federal and state constitutions and to the law.”

Orr is right. It is time for Berger and Moore to take their big thumbs off the scales of justice.