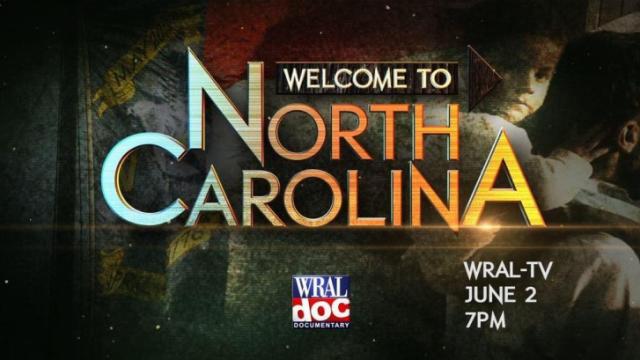 North Carolina should offer welcome and support to refugees fleeing global conflicts. The Refugee Resettlement Act bill before the legislature does the opposite, is mean-spirited, contrary to our nation’s values and should be rejected.

A CBC Editorial: Tuesday, June 7, 2016; Editorial# 8015
The following editorial is the opinion of Capitol Broadcasting Company.

Not too long ago, Hussein Al Kafaji and his family led comfortable lives in Iraq. He, an engineer working in IT and his wife, a teacher, were college educated. They had hopes and dreams for their young daughters. In recent times though, their neighborhood transformed into a war zone. “There is no peace. It is not safe at all. No where,” Hussein said.

Hussein, his wife Ohood and their daughters Zahraa and Daniah, fled their war-torn neighborhood two and a half years ago for Turkey. For much of that time, they moved from here-to-there. Life was still hard, work was hard to find, but at least they didn’t have to face guns, bombs and suicide attacks. Through much of those two years, they were also involved in the lengthy and detailed screening process to gain official refugee status and get permission to resettle in the United States. They arrived in Raleigh this spring.

“Welcome to North Carolina” – the new WRAL-TV documentary portrays their plight. It reminds us of the critical oasis of hope that the United States and North Carolina communities play in reassuring Hussein, and tens of thousands of families like his, that there is still one place on this planet where they will find handshakes and hugs with an opportunity to pursue happiness. The documentary tenderly shows how, in Raleigh, human kindness brings to practice Emma Lazarus’ poem on the pedestal of the Statue of Liberty. It is a tender and poignant telling of the Hussein’s family’s ordeal. They are the tired, poor “huddled masses yearning to breathe free … the homeless, tempest-tost.”

In Raleigh, they don’t see Lady Liberty, but they know Robert Evans and Scott Phillips of the U.S. Committee for Refugees and Immigrants who helped get them to the United States and, once here, navigate the bureaucratic maze of life in a strange new land that is becoming their home.

Nothing is easy. Passing a driving test takes a couple of tries. There is little money, so shopping for family clothes takes Ohood to the First Baptist Clothing Ministry. But the greetings are warm and welcoming. “We’re so glad you’re here,” Ohood is assured by the ministry staff.

Just a few blocks away, however, the welcome is frosty. Gov. Pat McCrory and key legislative leaders want to give Hussein’s family, and the thousands desperately fleeing war and threat of extermination, the cold shoulder. The euphemistically named “Refugee Resettlement Act” would do none of what its title suggests. The House bill (offered up by Republicans Chris Whitmire of Transylvania County, Mike Hager of Rutherford County, George Cleveland of Onslow County and John Torbett of Gaston County) allows local governments, through the simple adoption of a resolution, to tell the federal government they’ve instituted a moratorium on settlement of refugees in the communities, contending they lack the capacity to absorb them and they’ll adversely impact current residents.

While this ban can be imposed on a whim, reversing it would require a public hearing, adoption of a resolution and agreement from bureaucrats in Raleigh -- the N.C. Refugee Assistance Program. “Resettlement would grind to a halt in North Carolina as a result of this bill,” said Scott Speelman, a retired Marine from New Bern who is with Veterans for American Ideals.

Tens of thousands are fleeing war-torn sectors of the world. They pay any price and risk everything – like the hundreds feeing conflicts in the Middle East who spilled into the sea last month when the overcrowded boat they were on capsized into the Mediterranean.

While McCrory and his allies raise fears of terrorists arriving, under the cloak of being refugees and wreaking havoc, there is not a shred of evidence that this is the case. They turn blind eyes to suffering and deaf ears to pleas for help.

We need to do more, be even more open, to help the work of U.S. Committee for Refugees and Immigrants and the other agencies and ministries that seek to help those, who through no fault of their own, find their very existence threatened at every turn. The Refugee Resettlement Act legislation is mean-spirited and does the opposite. It should be not be considered any further.

"Welcome to North Carolina” shows our hospitality and compassion at its best. Our leaders on Jones and Blount streets should work to lend those who suffer the worst an ear and an open hand, not a closed fist and a cold heart.

View "Welcome to North Carolina," the documentary produced and written by Clay Johnson, photographed and edited by Jay Jennings and narrated by Debra Morgan.