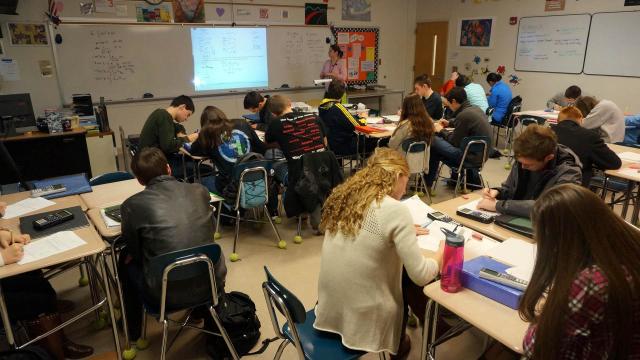 Legislative leaders were unrestrained in heaping praise on themselves at the end of June for their “support” of public education. Likewise, some public education leaders thanked the Jones Street crowd profusely.

With the new school year well under way, their self-congratulations have yielded to disappointment, angst and turmoil. Local schools are worried there won’t be money to pay teachers in the next school year, a principal pay plan may actually leave many with pay cuts and make it harder to get good principals into the schools with the most need. And the board that oversees the state’s public universities is being rightly-criticized for micromanagement amid concerns over potential conflicts of interest.

Last spring local school officials were anxious over the legislature’s scheme to cut class size in the lower grades without providing adequate funding to pay the teachers – particularly those in the arts, physical education and languages. Now, they’re even more worried.

When they should have been preparing for the new school year last summer, Wake County principals gathered four times to go over how to accommodate the legislature’s class-size mandate within the facilities and schedules available.

At the request of the Wake County Board of Education, Superintendent James Merrill sent a letter to the county’s legislative delegation expressing concerns that the “legislation will increase student reassignments, decrease operating efficiency and, most importantly, threaten the quality of classroom instruction.”

Nearly 80 percent of the district’s 113 elementary school principals say the mandate will disrupt their school communities, move arts and music teachers out of their classrooms and create upper-grade classes with more than 30 students, Merrill said in his letter.

This is not an isolated worry, as similar concerns come from large and small, rural and urban districts.

One of the top priorities of BEST NC, a coalition of business leaders focused on improving education, was bettering public school principal pay – which ranks among the lowest in the nation. Following the session, the group praised legislators for “what may be the most innovative and student-focused pay structure” in the nation.

However last week the state Board of Education was told that the new pay plan may end up discouraging good principals from working at the schools that need the most help and could force the most experienced principals to opt for retirement.

While building in pay incentives for increased performance of students, the pay structure eliminated the additional money principals received for advanced degrees and years of experience (longevity). In some scenarios, some experienced principals would see their pay drop $20,000.

We support the concept of performance pay, but not the total elimination of longevity pay. BEST NC takes credit for the plan. They should get it fixed.

The once-dignified and prestigious University of North Carolina Board of Governors is now a gathering of ex-legislators, lobbyists and other anti-public education ideologues -- many who could stand to profit from the actions of the board. They have taken to micromanaging the system and its president, providing a case study in poor governance.

We haven’t even touched on the legislatively-concocted battle over public school governance between the State Board of Education and the state Superintendent of Public Instruction.

And don’t forget the voucher program for private schools – spending tens of millions of taxpayer dollars while requiring very little transparency or accountability. Most are religious schools that are allowed to have discriminatory admission policies.

The legislature, on purpose, has created a dysfunctional management structure for our public school system, failed to adequately fund textbooks and classroom supplies, toyed with the teacher compensation plan, confused principals and not funded their class size reduction mandate.

Legislators seem to begrudge their obligation to North Carolina’s kids and play politics with their future. Where is BEST NC in all of this? In taking credit for pay raises and a new principal pay-plan they should not remain silent about the damage being done to our schools.

BEST NC, through its silence, creates a credibility issue for the state’s business community -- just like the North Carolina Chamber of Commerce, that in return for the huge tax cuts it negotiated, remained on the sidelines on important education issues. No longer the organization to keep the state moving forward, the Chamber has become the lapdog for legislative leadership.

Neither legislators nor the self-styled advocates are doing their jobs. Voters must hold them accountable on the next visit to the polls.

NOTE: Capitol Broadcasting Company is a contributor to BEST NC.