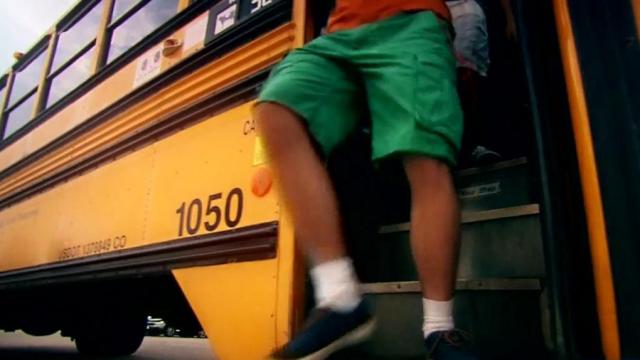 North Carolina ranked 44th – six slots from the basement – in school finance. Within that category, the state received an “F,” ranking 48th across key education spending indicators – per-pupil spending when adjusted for regional cost differences; share of students in school districts with per-student spending at or above the national average and share of total taxable resources devoted to education.

The legislature’s leadership contend they lavish money on education despite complaints – and vetoes -- from Gov. Roy Cooper that public school funding is massively inadequate to provide all children with a quality education. These leaders point to recent comments from former state judge Howard Manning – but actually distort them. Manning’s point is that “quality” is the significant goal. But, as Manning and anyone else with any common sense knows, you get what you pay for. North Carolina is failing to provide the resources necessary so all students have access to a quality education.

While crowing: “North Carolina’s K-12 expenditures the fastest-growing in the Southeast,” (spending has increased every year since 2011), the problem is that state public school spending has not reached the levels in 2008-2009 ($10.31 billion adjusted for inflation). That is why catchup is so desperate. (see note below)

Teachers use their own money for basic classroom supplies. There are too few teachers, mainly because there isn’t the money to hire and pay them, to meet the classroom size mandates legislators want to impose.

Schools are being starved of even the minimum in-school health care (nurses) and counselors and other critical educational support services. Legislators have stubbornly refused to pass a bond issue to help local schools finance much needed new, expanded and modernized classrooms and other facilities. That failure is particularly unfortunate now when costs of borrowing have never been more favorable nor the need for job creation in communities greater.

Further, they’ve disingenuously used locally initiated and financed school spending to inflate what they say is their teacher pay achievements. The reality is that teacher salaries in most school systems – and as a result the pay for many teachers – is not near the average the legislature touts. While adding money to support private school vouchers, legislators continue to fail in requiring these schools not discriminate in admissions as well as assure accountability or transparency in school spending so taxpayers can determine if their money is being used as intended.

Superior Court Judge David Lee, along with the plaintiffs and defendants in the landmark Leandro case, have cooperated, developed and agreed on a clear and detailed plan to assure every child has access to a quality education – meeting the Constitutional promise. It is an indisputable fact, determined by the state Supreme Court, that we are NOT providing every child with access to a quality education. That fact was established in the 1997 court decision written by former Justice Burley Mitchell. It remains unfulfilled, as ruled by Judge Lee.

Legislative leaders had an opportunity to make a clear commitment to public education by providing the resources for the first installment in the carefully developed plan to meet the state’s education obligation. They ignored it.

It is disingenuous to contend that providing adequate funding after neglecting the real needs of public schools is merely tossing money. This is about wisely investing and meeting the state’s promise to its children.

Quality does count. An education report card with Cs and Fs isn’t making the grade. In this election season, it is time North Carolina voters hold the legislative leadership accountable for their documented failure to provide EVERY child with the access to a quality education.

NOTE: An earlier version of this editorial inaccurately attributed public education spending cuts. The editorial has been updated.