Editorial: Protests' call for change needs to be addressed with action 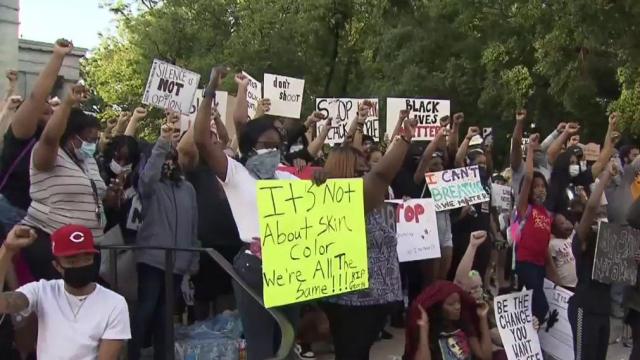 This we learned and informs what we know and what must be done.

For days protesters turned out in North Carolina communities large and small, rural and urban. These diverse crowds are not merely complaining about the systemic racism that led to the death of George Floyd and the too many others who have been mistreated and discriminated against because of the color of their skin.

The voices from the streets aren’t just a complaint that it seems all too often being black in America is a crime. Four hundred years of institutionalized racism has allowed our governments bureaucracies to treat black and brown communities as less entitled – subjecting them disproportionately to the ravages of natural disasters and the impacts of pandemics, such as the COVID-19 crisis we are in the midst of now.

The time to end this discrimination is now. Theirs is a call for action.

There is no magic to this. It is only a matter of will and the commitment to EVERYONE, regardless of race, color, religion, sex and national origin, for an opportunity to a quality life.

No one’s rights are ever diminished when they are extended to others. All our lives are only the more enhanced.

North Carolina knows what needs to be done. This is not partisan. Now is the time to overcome systemic prejudices and do it.

The things that need to be done have been before the General Assembly before. Legislators have dodged dealing with them for years. Public patience has been exhausted.

Our state has run out of excuses not to meet the documented needs for quality early childhood education and make sure EVERY qualified child gets it.

Our state has, for more than two decades, dodged a court order demanding it meet the state’s Constitutional right to give EVERY child the opportunity for a quality education. Time is up.

Our state’s reflexive partisanship has denied hundreds of thousands of its citizens access to adequate and affordable health care. Expand Medicaid now.

Our state enacts laws that, “with surgical precision” seek to make it more difficult for black North Carolinians to vote and elect people who will be truly representative of the communities they live in. End efforts targeting minorities to make it more difficult to vote and use gerrymandering to deny them a full voice in Congress and the legislature. Adopt independent, nonpartisan redistricting.

We allow police to use too much force and turn it on racial minorities while enacting laws that disproportionately send more black and brown people to prison. End brutal police practices and reform our judicial system and prison policies.

We stifle workers’ wages; fail to require safe and appropriate working conditions; and enact inequitable tax policies – again disproportionately disadvantaging black and brown people. Raise the minimum wage to a living wage and value workers as much as corporate tax breaks and profits.

The remedies are simple. They require an honest commitment to address them.

That will be a start on addressing systemic racism. That’s an agenda that says end discrimination now. It lifts everyone.

Failure now will be addressed at the polls in November. Voting has never been more important.