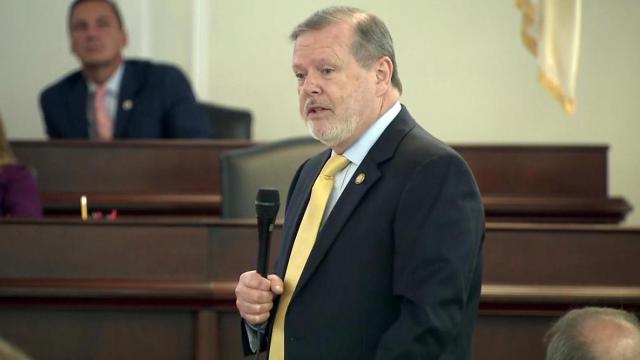 It is a glowing portrait of North Carolina that state Senate leader Phil Berger and state Chamber of Commerce President Lew Ebert paint.

“When you give companies more assets and more resources they create more jobs,” Ebert told NPR’s Marketplace. “That’s certainly what happened in North Carolina over the last four years.”

Berger, talking to the Associated Press this week, offered a similarly rose-tinted assessment. “‘The policies we’ve adopted are the major reason why North Carolina’ is at or near the top of states’ rankings when it comes to job creation and business environment. ‘Even with the reduced rates, we’ve seen revenues continue to be robust, and much more robust than the naysayers predict,’” the AP reported.

If, as Berger claims, those revenues are more “robust” than predicted, he’s set a sadly low bar.

Here are the facts:

The state Chamber of Commerce, once leading the push to improve education and advance workforce training and wages, now is singularly focused on cutting business taxes, no matter the impact on the state. That shouldn’t be a surprise -- since before coming to North Carolina, Ebert was a key tax-cut advocate when he led the Kansas Chamber of Commerce.

Today that state is scrambling to find money to keep schools open five days a week and maintain its infrastructure. Even the state’s Supreme Court ruled education spending was unconstitutionally low. Kansas should be North Carolina’s canary-in-the-coal-mine warning not an exemplar to model.

Having worked to lay the foundation of the failing strategy in Kansas, Ebert’s found willing partners in the North Carolina legislature’s Republican leadership who want to make the state a model for low tax and small government – regardless of need or citizen demand.

Public schools and local governments are facing very significant challenges as a result of legislative action: the expensive mandates to cut class size in lower grades; Hurricane Matthew recovery, prison safety; the opioid crisis; workforce and economic development demands; cost of living wage increases for teachers, school administrators and state workers – all of whom are near the bottom in national rankings.

In addition to the slow-pace of state revenues is as much as $500 million in additional tax breaks that take effect in the new budget year.

These are serious concerns that require immediate attention.

The legislature is scheduled to convene on Jan. 10, 2018 with an uncertain agenda. Rather than spending their time in dark corners of the Legislative Building secretly plotting new gerrymandering and vote-rigging schemes, legislators should meet openly, seek broad input, and address ways to meet and adequately fund the state’s obligations to its citizens.

At the top of that agenda must be assuring local schools have time to thoughtfully prepare budgets for the new school year and that they will have the funding to avoid unnecessary and harmful budget crises and layoffs.

That would be a business-like approach -- putting the real needs of North Carolinians as the top priority ahead of ideologically-driven petty partisanship.