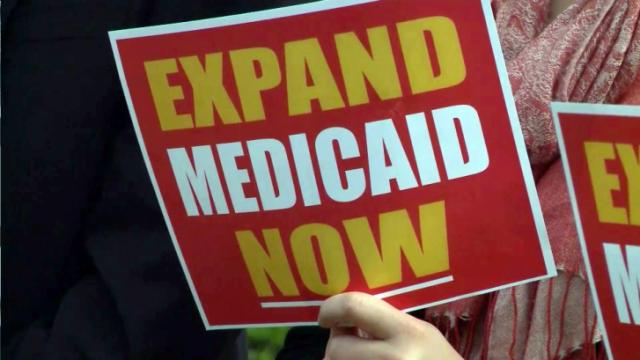 A CBC Editorial: Wednesday, March 29, 2017; Editorial # 8141
​The following is the opinion of Capitol Broadcasting Company

State legislative leaders have run out of excuses, as lame as they are anyway, to continue to deny health insurance to at least 500,000 North Carolinians.

North Carolina has the money. Legislators brag about the $1.5 billion in cash reserves. The Senate leadership has proposed a tax-cut package valued at $1 billion and the House has a more modest $224 million program.

Gov. Roy Cooper has a plan to fund it without general fund tax dollars. Cooper has proposed a plan that would “expand Medicaid eligibility to cover 624,000 additional individuals and secure North Carolina’s share of federal funds that would cover 95 percent of the cost of the expansion. Cooper is proposing that healthcare providers pick up the remaining 5 percent so there won’t be any cost to the state’s general fund. State hospital and other health care interests have expressed their support.

Last week’s failed effort to repeal the Affordable Care Act gives North Carolina an opportunity. States – including Indiana under former Republican governor and now Vice President Mike Pence and 30 others – that expanded their Medicaid coverage under the Affordable Care Act have their programs intact. Other states, like heavily Republican Kansas, have quickly voted to opt into the program that has the federal government picking up 95 percent of the cost.

This is not a matter of choice. The hundreds of thousands of North Carolinians who lack health coverage today aren’t in that position because they choose to be. Rather, it is a lack of economic opportunity, education and other life circumstances not of their choosing.

Extending health care coverage to those most in need is the right thing to do. We’ve yet to hear a good reason not to do it.

Cooper has filed a plan with the federal government, to have the federally-funded Medicaid expansion in place by January 2018. Legislative leaders filed suit in federal court to block Cooper – contending laws they’d passed in 2011 and 2013 barred state participation.

We'll let the courts decide the legal issues, but in the meantime, Berger might take some advice from a fellow Republican. Former Speaker Thom Tillis, during his successful 2014 U.S. Senate campaign, reversed course and said the state should look to expand Medicaid. “I would encourage the state legislature and the governor to consider it,” Tillis said.

Let’s leave the unproductive political games to Congress and the President. We saw last week where that leads.

The General Assembly needs to drop its lawsuit, go to work with Cooper and come up with a sound and fair plan to provide health insurance to those in our state most in need.

BY THE NUMBERS: COSTS OF DENYING HEALTH INSURANCE IN N.C.

SOURCES:
*Opting Out Of Medicaid Expansion: The Health And Financial Impacts, Health Affairs Blog
**The Economic and Employment Costs of Not Expanding Medicaid in N.C., Center for Health Policy Research, The George Washington University, Dec. 2014