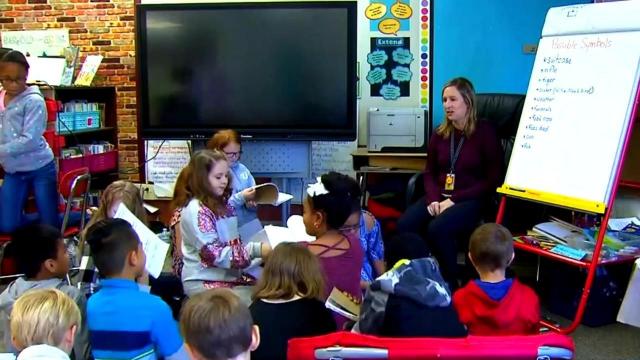 It is easy to find excuses and avoid doing the right thing:

Any missing? Rest assured, if those words haven’t already been uttered by state legislative leaders looking to dodge dealing with the inevitable order of recommendations headed their way via the latest Leandro case ruling, they will be soon.

But they know the truth. They are just swerving away from the obvious. It IS the right thing to do.

Last week the plaintiffs and defendants in the landmark Leandro case filed their action plan to implement the court’s order to provide a “sound basic education for all.” It is worth repeating that this plan is another step following the landmark ruling 23 years ago, that North Carolina’s Constitution promised EVERY child the opportunity to a quality education – and that North Carolina is failing to meet that right.

The plan is taken from research, recommendations and proposals that were developed, with the agreement of the parties in the case, by consultant WestEd. The full report released late last year, documents the failure to deliver on the promise and lays out a multi-year roadmap for the state to meet its constitutional obligation.

In the coming days Superior Court Judge David Lee will indicate his view on the filed plan – either signing off or modifying it. He’s already indicated his support for much of what is in the proposal that carries a $427 million price tag.

That is a small down payment for an eight-year commitment to improve opportunities for the state’s school students – from early childhood programs through high school graduation. Remember, this is an obligation and NOT an option.

The plan calls for $427 million in new state education funding this year as the first phase of an eight-year plan. Most of the new money this year would go to: increase funding for at-risk students; expand early childhood education programs; increase opportunities for teacher training along with skills advancement; and improve teacher pay.

Legislation has been introduced (House Bill 1129 and House Bill 1130) that largely implements the recommendations in the report filed last week. House Speaker Tim Moore immediately sent the bills to the House Rules Committee – a first step that is usually a form of banishment for legislation the leadership wants to languish. More than 160 of the 192 bills pending in the committee have been there since last year – the oldest going back to St. Valentine’s Day 2019.

These bills – and the state constitutional obligation they are aimed at fulfilling, deserve to be heard and voted upon. The legislature’s education and appropriations-education committees should hold hearings on these bills and the court-approved Leandro plan.

North Carolinians deserve to hear about the right of their children to receive a quality education. They need to know what needs to be done to accomplish it.

Most significantly, they deserve to have their legislators held accountable for either delivering on our Constitution’s promise or deny it.

Every legislator seeking re-election needs to be on the record – by how they cast their vote – as to where they stand.

Do they support the rights granted by our State Constitution and will they work to make sure they are not denied? Will they stand up and be counted as supporting the courts’ Leandro decision and implementation?

Or are they making excuses?

We’ll see you at the polls.