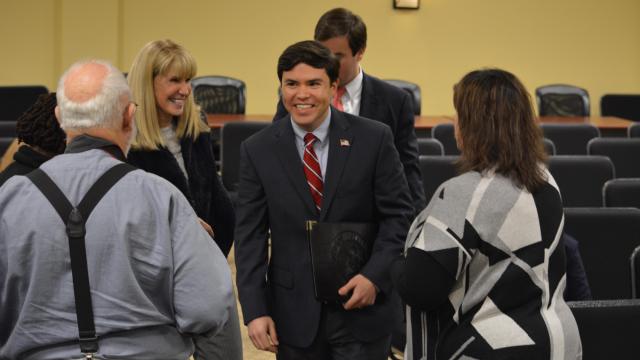 A CBC Editorial: Wednesday, Feb. 8, 2017; Editorial# 8122
The following is the opinion of Capitol Broadcasting Company

But the evidence is that he’s been scarce around the department and paid scant attention to the agency’s most senior and knowledgeable leaders. The department’s top deputy is resigning. The chief financial officer -- with 31 years experience under five superintendents, three Democratic and two Republican governors -- is retiring.

It is not a good sign when the CFO walks out the door just days after a new boss takes over.

Johnson has to manage an $8.7 billion budget – 40 percent of the $22.34 billion state general fund budget. It’s a tough job and he needs to be there fulltime and then some.

He should adopt the following goals:

Get that done and he’ll be considered a rock star superintendent.

He’s promised to release his own legislative agenda this summer.

This summer? What is he thinking?

We’ll just have to assume that Senate boss Phil Berger told him to stay away form this session. Any agenda that’s presented to the legislature in late summer will be left in the dust of priorities that Berger and the other Republican leaders have already established.

Johnson also has a lot to learn about accountability in government. When it comes to North Carolina’s taxpayer-funded voucher program, he says it is up to the parents of students who receive the government payments to determine if the money is being spent properly. “If the school’s not getting results, parents will take their children out and those schools will close,” he said.

What? It’s the taxpayers’ money being spent, not the parents. Transparency, accountability and standards are all part of public funding programs. The current plan allows taxpayer dollars to go to schools that, for example, prohibit LGBT students and deny admissions to students with gay parents. There are religious tests at some. That’s not to mention ones with no evidence of academic standards.

If the new superintendent supports that nonsense, he should find other work.

His listening tour sessions were held behind closed doors. Holding secret meetings with teachers, business leaders and others on his listening tour is an affront to all of those concerned with education and the conduct of their government. There is nothing anyone should fear from being open and honest in their discussions with the state superintendent.

But even more significantly, there is no reason that anything the Superintendent might say should be kept secret from the citizens he represents. Superintendent Johnson needs to remember that his first obligation is to the people of North Carolina who expect a top quality public education system.

No one needs a listening tour to confirm the obvious.