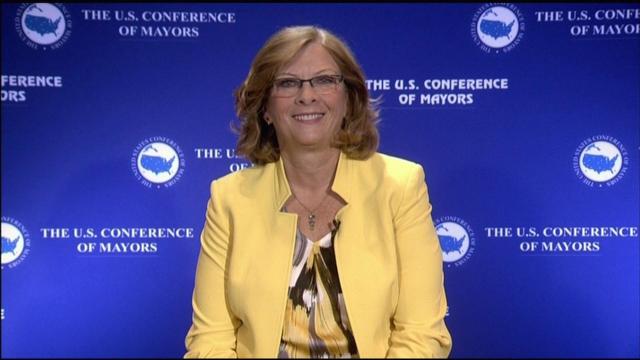 Nancy McFarlane joined the Raleigh City Council in 2007 and was elected mayor in 2011.

She recognizes local government isn’t the problem but rather a vehicle for solutions: Appropriate funding for government services and facilities; building an atmosphere of openness to a broad range of styles, ideas and personalities; creating an environment of care and compassion for the city and its people – that’s the formula to create a more vibrant Raleigh.

She’s right. Since she’s started serving on the Raleigh City Council, she has embraced that kind of leadership. It has paid off for the city.

Raleigh’s urban center is a model for redevelopment -- both commercial and residential. Responsible development and renewal allow the city to grow while promoting sustainability, protecting the environment and keeping life affordable for a diverse population.

We certainly don’t want to suggest all is perfect. The city’s bureaucracy needs to be more efficient and responsive. Effective and even-handed public safety and community relations can’t be taken for granted and require constant vigilance.

But it is important to reaffirm McFarlane’s leadership and the direction Raleigh’s headed. Since her election as mayor in 2011 and through her subsequent three terms, McFarlane and her administration have shown a critical ability to bring diverse communities, interests and political viewpoints together to work toward common goals. It isn’t easy. It is hard work.

The effort breeds the kind of good will critical to making a city successful and results in huge opportunities.

Such has been the case with Raleigh’s acquisition of the Dorothea Dix Hospital site from the state. Though unaffiliated by political party registration, McFarlane navigated the highly charged, shifting and challenging political landscape to complete the purchase.

She has used the same consensus-building approach in bringing together the city’s diverse interests and communities with the goal of developing the site into a world-class destination park.

As much as her opposition – Charles Francis and Paul Fitts – have challenged her, they have served to highlight the kind of leadership McFarlane has demonstrated in maintaining and building the city’s vitality.

Nancy McFarlane is not finished. She has more to do. She has the vision and achievements to have earned another term as Raleigh mayor to continue pursuit of the important objectives the city is working toward. We urge voters to back her reelection.

Early voting continues through Saturday, Oct. 7, and the election is on Tuesday, Oct. 10.

Turnout in earlier municipal elections around the state has been dismally low – in the Charlotte mayor’s race turnout was less than 8 percent. Raleigh can do much better.

Don’t allow others to select your leaders. While we urge McFarlane’s re-election, no matter whom you support, get out and vote.