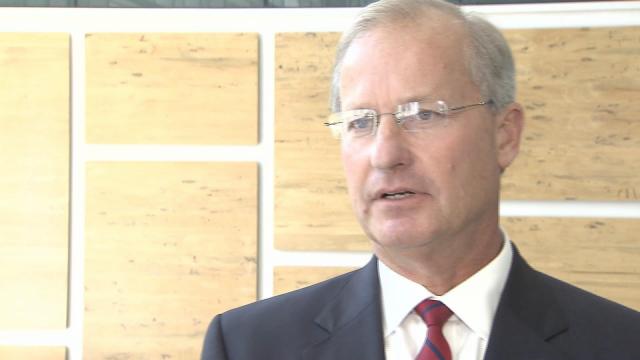 Donald van der Vaart, the former N.C. Environmental Quality Secretary, has again succeeded in being an untouchable thorn in the side of his bosses. The latest will be his membership on the U.S. Environmental Protection Agency’s controversial Science Advisory Board.

Last week EPA Administrator Scott Pruitt removed six university researchers from the board and replaced them with those – like van der Vaart – who hold industry-friendly views. The roster of panel members lists van der Vaart’s affiliation as “N.C. State Government.”

Van der Vaart continues to work for the state agency after he brazenly demoted and embedded himself in a job where he cannot be fired at will, like other political appointees. Shortly after the 2016 election, van der Vaart thumbed his nose at the incoming governor by joining environmental leaders in four other states urging President Donald Trump to abandon Obama administration initiatives for increased regulation of coal-fired power plants and protection of waterways.

In response this week to a series of questions, the state Environmental Quality Department said it “does not support his participation” on the board and he is not considered a representative of North Carolina state government or the Department of Environmental Quality. Additionally, he is not considered to be speaking on behalf of the state nor the department.

But, can Cooper run the state and his Environmental Quality Department effectively with van der Vaart in a position of responsibility in his administration and now with a post on a federal advisory board?

Below are a series of questions that were put to the Department of Environmental Quality – and responses received -- concerning van der Vaart’s appointment to the EPA Science Advisory Board.

Q: Does Mr. van der Vaart need permission from the N.C. DEQ, or other state agencies, to participate on the EPA’s Science Advisory Board?
D.E.Q.: “DEQ does not support his participation on the EPA’s SAB.”

Q: Will he be paid by the state of North Carolina for his participation on this board?
D.E.Q.: “No.”

Q: Is Mr. van der Vaart participating on this board in his official capacity as the Technical Services Section Chief for the N.C. Department of Environmental Quality?
D.E.Q.: “No.”

Q: Will Mr. van der Vaart be considered a representative of North Carolina and the N.C. Dept. of Environmental Quality on this board?
D.E.Q.: “No.”

Q: Will he be speaking on behalf of, and represent official policies of, the state of North Carolina and the N.C. Dept. of Environmental Quality, in his capacity as a member of this board?
A: “No.”

NORTH CAROLINIANS ON THE EPA'S SCIENCE ADVISORY BOARD: