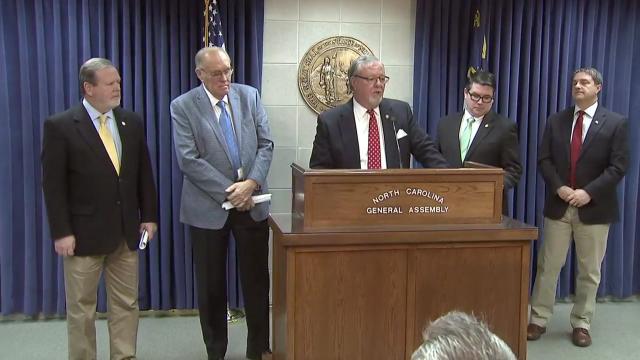 A CBC Editorial: Friday, April 7, 2017; Editorial # 8145
The following is the opinion of Capitol Broadcasting Company

While college athletic organizations are moving to return championships to North Carolina after last week’s compromise “repeal” of House Bill 2, it’s still a matter of debate whether the action last week marks even the start of any kind of post-HB2 closure. But one important fact emerges:

A lack of leadership from the N.C. Chamber of Commerce was key to enabling the radicals in the General Assembly to impose this awful law.

Even worse, legislative leaders bought the state Chamber’s silence with the inclusion of a limit on local governments raising the minimum wage and a prohibition on employees from using state courts to challenge workplace discrimination.

Once upon a time it was the Chamber’s clout that moved the General Assembly. Today, it seems just the opposite. The chamber begs favor from Senate President Pro Tempore Phil Berger and House Speaker Tim Moore and scurries for legislative scraps these leaders toss out.

Low corporate income taxes, low wages and low-skilled workers seems to be the chief goals of the state Chamber these days.

It is a sharp contrast from the organization that once was a force to move North Carolina forward by supporting institutions that made the state grow. The Chamber was the champion of an adequately funded state government that provided for: a world-class higher education system; public schools becoming among the best in the nation; trainable and efficient workforce; broadly available access to quality health care; a business climate that fostered innovation and helped the state become a leader in areas like renewable energy; and a sound infrastructure.

Sadly it seems the Chamber may again be headed in the same misguided direction, looking the other way as the state Senate works to impose a $1 billion cut in income taxes.

You’d think that an organization of the state’s top corporate leaders would understand how the budget process works best -- determine what’s needed to move North Carolina forward before cutting the life-blood revenue that funds those programs.

Since 2011, the ideologues in the General Assembly have moved fast and far from the mainstream and damaged North Carolina’s future. Yet the state Chamber has remained on the sidelines, silent on key issues when a true, pro-business voice should have moderated the extremism.

Don’t be fooled. Silence is best read as agreement. It is most unfortunate that the state Chamber is most passionate about corporate income tax cuts and cheap labor – and not making sure the state is a great place for everyone to work and live.

The Chamber must become a force that moves North Carolina ahead again– that doesn’t settle for mediocrity in education, quality of life and economic opportunity. If not, then its board can just gather at Old Chatham and congratulate themselves on their tax cuts while the state crumbles around them.