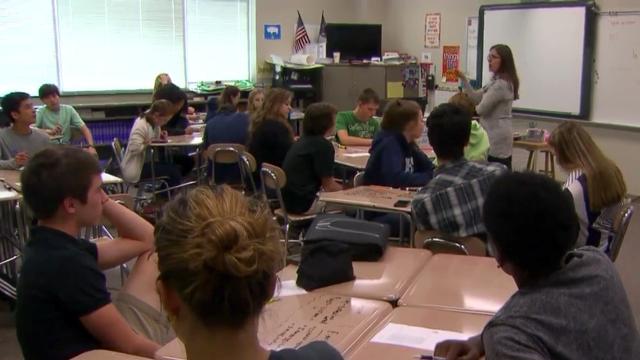 Anyone who might be looking for an assessment of or justification for North Carolina’s private school voucher program won’t find them in two new studies from N.C. State University. The information isn’t there and subsequent studies will analyze early academic impact. These studies shed NO light on the performance or value of the taxpayer-financed “Opportunity Scholarship” program.

But in both reports, it is the questions that weren’t asked along with the facts and answers that were not gathered, that are the most significant. There is NOTHING in either report that shows the program is achieving any of its goals. Nor do they provide ANY EVIDENCE that the voucher students are better or worse off, learning any better, more or less, than at their previous public schools.

What do we know from the reports?

The researchers are up-front about the limits of their work. They are specific about the questions asked and information gathered. It is clear they didn’t look into instructional rigor, teacher quality, curricula, materials or other kinds of information that might help assess school and student performance and achievement.

How parents “feel” about their children’s education is distinctly different from how students are actually “doing” and “learning.” What private school leaders have to say about the school voucher program doesn’t reveal anything about whether the schools are operating in the best interests of the students who are there at taxpayer expense.

Again and again, the legislature has failed to provide even the most bare-boned requirements for accountability and transparency on the schools that receive taxpayer funds. At the same time, more and more money is being flooded into the unproven program -- $44.8 million this year with growth to $144.8 million in 10 years.

At the same time warning signs of the need for more oversight appear. An employee Trinity Christian School in Fayetteville – the largest recipient of state voucher dollars – pleaded guilty to embezzling $388,000 that was supposed to go to paying school employee state income taxes.

The money was repaid and the teacher and basketball coach, Heath Curtis Vandevender who is the son of Trinity Christian Church founder Rev. Dennis Vandevender, received a fine, an active sentence on work release and also continues to teach and coach at the school.

While the legislature won’t hold the schools that receive voucher funds accountable, we urge Gov. Roy Cooper to follow the example of former Gov. Jim Martin, who in 1985 ordered his budget director to review every pork barrel spending item in the state budget. Cooper should have his budget office assess whether the private schools getting state funds are proper businesses, appropriately accredited and using the funds as intended.

North Carolina taxpayers deserve to know how their money is being spent. The legislature should require appropriate accountability and transparency from the schools. The governor needs to display the determination and independence to demand it himself if the legislature won’t.