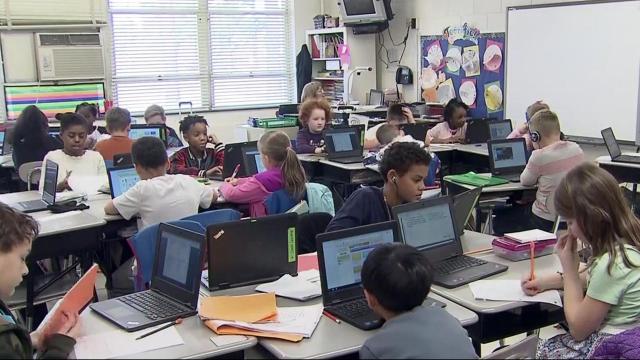 There’s no doubting the progress in the nation and North Carolina since public school integration became the law of the land 64 years ago.

Progress didn’t come easily. Integration may have been the law of the land in 1954, but massive resistance was how it was greeted in this state and throughout the South. This state’s response was the so-called “Pearsall Plan” that established a voluntary segregation system for public schools. If anyone attempted to integrate a school the entire system would be closed (It happened in Virginia). The fall back was an all-private voucher plan, financed by taxpayers.

It took 14 years until the plan was declared unconstitutional in 1969.

From the 1970s through the first decade of this new century, North Carolina worked to end school segregation. In the process the state boosted funding for public education, increased teacher pay and improved student performance and graduation rates.

But, as a series of recent studies reveal, that progress has been eroded over the last decade. The state’s financial support for public schools is being diminished. The number of public charter schools has been greatly increased. And a private school voucher program that lacks accountability, and in fact publically funds discrimination, is growing yearly. As a result, our public schools are becoming more segregated.

In the 2006-07 school year there were 295 schools in North Carolina where more than 75 percent of the students were “persons of color or from low income families.” By the 2016-17 school year that number increased 61 percent to 476 schools.

This trend to more segregated schools will become even worse by the latest schemes that have popped up in the General Assembly. Republican legislators representing suburban areas of Mecklenburg County – the Matthews and Mint Hill areas – want those communities to be allowed to secede from the Charlotte-Mecklenburg school district.

State Rep. Bill Brawley introduced a bill to let towns in his district, they are whiter and more affluent than the county at-large, to use property taxes for separate public charter schools for their residents. Brawley is also behind an effort, now the focus of a legislative study, to break up larger schools districts like Charlotte-Mecklenburg, into smaller ones. Thus, communities like Matthews or Mint Hill could become their own districts.

Let’s tell the truth about what’s really going on.

It is no accident, nor a demographic trend that makes North Carolina public schools more segregated. It is the result of purposeful legislation and policy. Numbers don’t lie.

Charter schools and accountable private school vouchers do have a limited place in the effort to provide a diversity of educational opportunities. But in the hands of a legislature that lacks the necessary enthusiasm for public schools (in fact some show disdain for public schools) they are tools of destruction – building more segregated schools.

North Carolina is a very diverse state. That diversity is not a problem. It is a great asset.

Communities that embrace diversity will be the most successful in the future. Their public schools will lead the way.

We have come too far, made too much progress, to re-segregate our schools.

There is a way to stop this. Register and vote.