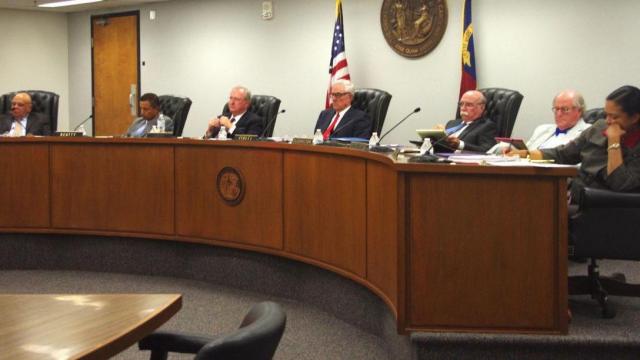 There’s plenty for folks to disagree on as the North Carolina Utilities Commission considers what it will do with the latest electric rate increase request from Duke Energy Progress. However, few should oppose the commission itself being at full strength as it considers the case that will affect most of the state’s electric consumers.

The leadership of the General Assembly, for the last 213 days, has been unable to find the time to confirm two of Gov. Roy Cooper’s nominees for the commission.

“So what?” some might say. The folks on the commission continue to serve until they’re replaced. “What’s the big deal?”

Well, it COULD be a big deal if the legislature ends up causing more confusion and spreading doubt over the way this major utility rate request is handled.

A new commissioner, having not participated in the hearings, wouldn’t be involved in the decision-making. A sitting commissioner who, for some bizarre reason, wasn’t confirmed, could mean another vacancy.

All this may seem far-fetched under normal circumstances, but not here in North Carolina.

If anything is true about the General Assembly in the last few years, it’s that its impulsive, erratic and irrational behavior too often leads to disruptive and damaging ends. Just think about House Bill 2, restrictive voting laws, illegally-gerrymandered electoral and judicial districts, to name just a few.

There have been some rumblings that legislative leaders may start some hearings on the Utilities Commission nominees in December. Senate Rules Committee Chair Bill Rabon, R-Brunswick, told reporters last month that the confirmations could come up in January, when the legislature is scheduled to return into session.

In Charlotte Mitchell and ToNola D. Brown-Bland, Cooper has nominated two people who clearly deserve legislative confirmation and can handle the responsibilities in a knowledgeable and fair way. Brown-Bland has proved it as a member of the commission since 2009. Mitchell’s experience in utility law and practice before the commission has prepared her well.

For legislative leaders, who repeatedly have promised to run things in a business-like manner, the delay tactics are another sorry example of their lack of business acumen.

As much as any agency in state government -- the Utilities Commission makes decisions and deals with matters intimately tied to the state’s economic well-being and attractiveness for business development.

Decisions by the commission should be clear and direct and not clouded by any questions that could arise if a decision is rendered by a commissioner who isn’t re-confirmed or without the input of all the commissioners who participated in the case.

The legislature has been battling the governor in court over its right to confirm his nominees. But when legislators are presented with that confirmation task, they won’t do it.

While the legislature should make sure the Utilities Commission is in a position to make decisions in an unequivocal manner, it should also live up to its duty to confirm the governor’s nominees.

A 213-day delay is unwarranted. Legislators need to move expeditiously to confirm these nominees while at the same time making sure they don’t further damage the integrity of the commission’s work.