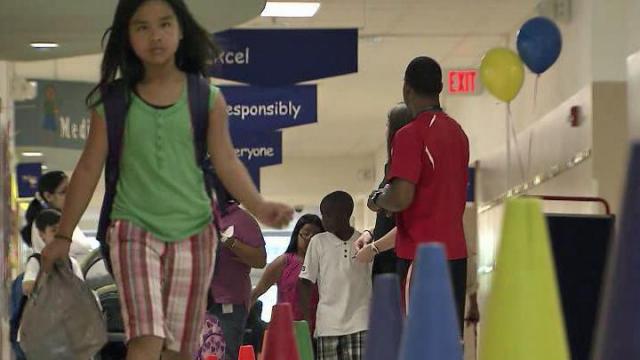 No one listening to Superior Court Judge David Lee during a hearing Wednesday should have any doubt about the implementation of a consensus program to assure North Carolina meets its state Constitutional mandate to provide every child with access to a quality education.

If there isn’t a budget by Oct. 18 that does it, he will order the remedial plan, agreed to by all sides in the latest Leandro case -- be “fully” implemented and funded by Democratic Gov. Roy Cooper and the Republican-controlled legislature. If not, the judge will order them to show cause as to why they’ve defied his order.

While Cooper included most, if not all elements of the education remedial plan in his proposed budget, the versions passed by the state Senate and House fund a small fraction of the plan. No budget bill has yet been sent to the governor because House and Senate leaders still haven’t been able to iron out their disputes.

Legislative leaders are cynically dismissive and personally demeaning of Lee’s planned action. “I don’t know how much clearer we can be. If Judge Lee wants to help decide how to spend state dollars — a role that has been the exclusive domain of the legislative branch since the state’s founding — then Judge Lee should run for a seat in the House or Senate,” said Pat Ryan, an aide to Senate leader Phil Berger. “That’s where the Constitution directs state budgeting decisions be made, not some county trial judge.”

Lee made note during the hearing that his actions are not constricted by the state’s constitutional separation of powers. He quoted former state Supreme Court Justice Robert Orr, who was a Republican when he served on the high court.

“When the State fails to live up to its constitutional duties, a court is empowered to order the deficiency remedied, and if the offending branch of government or its agents either fail to do so or have consistently shown an inability to do so, a court is empowered to provide relief by imposing a specific remedy and instructing the recalcitrant state actors to implement it,” Orr said in a 2004 Leandro unanimous ruling where he was joined by the other five Republicans and lone Democrat on the state’s high court.

Orr’s opinion further noted: “The children of North Carolina are our state’s most valuable renewable resource. If inordinate numbers of them are wrongfully being denied their constitutional right to the opportunity for a sound basic education, our state courts cannot risk further and continued damage because the perfect civil action has proved elusive.”

Berger is wrong and dodging. He, House Speaker Tim Moore and other legislative leaders need to focus on their jobs-- not on the judge’s -- and honor their sworn oath to “support, maintain and defend the Constitution of said State.”

This isn’t about Judge Lee as Berger’s aide suggests. It is about the still unfulfilled promise – documented in a state Supreme Court decision 24 years ago – to live up to the right in our state Constitution that every child have access to a sound, quality education.

Having gone nearly a quarter-century without fulfilling the high court’s mandate, the plaintiffs and defendants in the case, working under the supervision of Judge Lee, developed a consensus multi-year plan to make sure the state does meet its promise. Last year Judge Lee ordered implementation of the plan.

Berger and his fellow legislative leaders must provide direct and specific answers and not dodge and diffuse about why they refuse to make sure every child has access to a quality education. Do they believe schools are fine as they are?

They need to say why they refuse to meet their constitutional obligation to North Carolina’s children.

They need to say why they don’t believe that North Carolina children deserve excellent public schools but must settle for mediocre, at best.

They need to say why they won’t act on the consensus plan that Judge Lee ordered to be implemented. And it isn’t because there’s a lack of funds. They need to explain why there’s a deficit of will.

They need to say why they removed, from the budget the governor sent them, $1.9 billion that would have implemented the first two years of the court-ordered remedial plan. What do they like and what do they object to in the plan?

They need to say why the Senate funds a measly 14.6% of the remedial program and the House a mere 37.6%.

Don’t pin this on Judge Lee, the plaintiffs or defendants in this very important case. They all are doing their job – openly, honestly and with integrity.

It is up to Phil Berger, Tim Moore and their fellow legislative leaders to do their jobs. They must openly explain: Why they don’t want quality public schools for our children: Why they don’t want well trained, qualified and properly paid teachers in every classroom? Why they don’t believe classrooms need adequate resources; Why there’s a lack of nurses, counselors and other support personnel in schools; and why excellence isn’t demanded and supported and getting by is good enough.

Flipping off a sarcastic insult on a judge may get high fives in some of the caucuses of the General Assembly but it isn’t going to stop Judge Lee from doing the right thing.

And come Oct. 18, if the legislature hasn’t acted, they’ll be a court order demanding action.

There’ll be no dodging then. They’ll need to tell it to the judge.

NOTE: This editorial has been updated to correct Judge David Lee's political affiliation.  He is registered to vote as Democrat not a Republican.