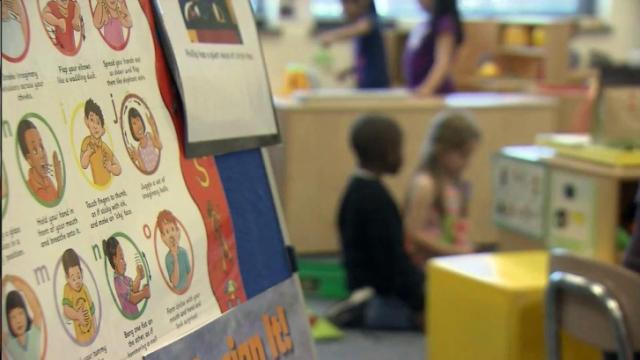 Here are the facts:

It is not a record of accomplishment. This is a legacy of neglect. We are past time to reverse the trend.

The truth is unavoidable. North Carolina’s children, particularly those most vulnerable because of poverty or geography, are being left behind. Their opportunities to become successful learners are diminished.

Just a few days ago, the legislature’s own watchdog agency, the Program Evaluation Division, stressed the importance of early-childhood education.

Legislative leaders seem to have a partisan obsession with obliterating the legacies of former governors Jim Hunt, Mike Easley and Bev Perdue. Regardless of the worth of initiatives they advocated, legislative leaders target them for obliteration. Smart Start, More at Four – those are just the early childhood initiatives.  They’ve crippled the model teaching fellow program and are looking to slash the highly regarded and successful early college high school initiative.

One of the first items they should discuss is early childhood investments. Cooper’s budget plan includes more than $95 million over two years for pre-k education and child development – adding 2,000 more subsidized slots for qualified children in high-quality care. Additionally, he proposes increasing the pre-k reimbursement rate and a 10-percent hike for Smart Start to increase participation and expand the home visiting program.

There should be quick agreement on this matter. This is not an area to compromise. Legislative leaders can show their “good faith” to negotiate over the budget by publicly committing to fully-fund what Cooper has outlined as North Carolina’s pre-K needs.

Investing in early childhood education makes sense. It makes kids better learners and leads to more opportunities for their futures.

It is the right thing to do.