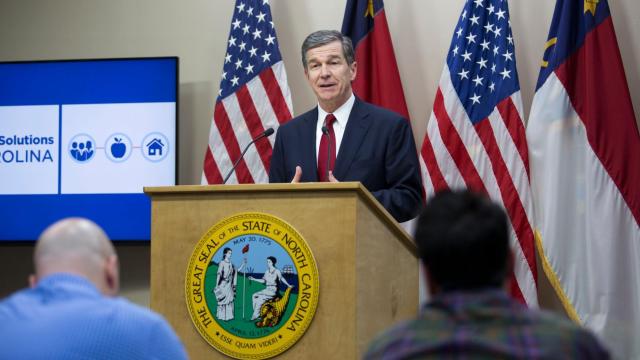 CBC Editorial: Wednesday, May 16, 2018; Editorial # 8301
The following is the opinion of Capitol Broadcasting Company

It would have been a bit more appropriate, even polite, if the diagnosis came AFTER he’d proposed it.

Before the budget is relegated to the recycling bin, state Senate leader Phil Berger, House Speaker Tim Moore and their lieutenants should enlighten themselves and give the budget a look. They might even consider joining Cooper to show some R-E-S-P-E-C-T for the many North Carolinians and issues they’ve neglected for the last seven years while lavishing the state’s corporations with excessive tax breaks.

Cooper’s budget, while not perfect, importantly shows R-E-S-P-E-C-T for:

Every year there are about 110,000 more people living in North Carolina – the entire population of the city of High Point. They require a variety of state services from roads to get to jobs, schools to educate kids and parks to enjoy their spare time.

These needs have been neglected for too long.

Thousands of visitors will be in Raleigh today to let legislators know their old agenda: too-deep tax cuts; disdain for public service; neglect of public education and disregard for basic functions of government has gone on long enough.

North Carolina public school educators from across the state are asking for the respect they’ve earned. Cooper’s budget offers a clear and positive answer.

Instead of dismissing and disregarding the visitors as ungrateful “thugs,” legislators would do well to welcome the thousands visitors with courtesy as fellow citizens.

Invite them into legislative offices and ask them what they think North Carolina needs.

What they’re likely to hear will more closely resemble the respectful budget Roy Cooper’s proposed than the paternalistic and inadequate programs that emanate from the secretive back-rooms of the legislature.