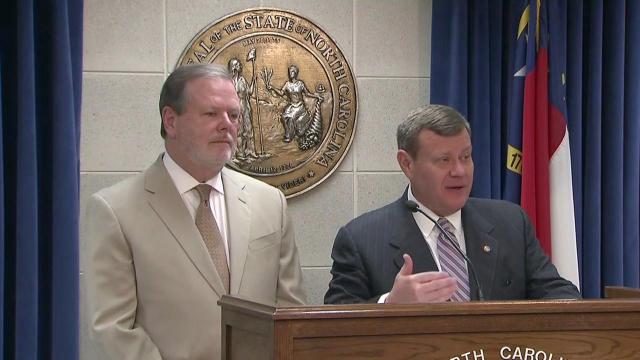 There is no better illustration to assess the excesses of the last seven years of leadership in the North Carolina General Assembly than the tragic mess that is the Ninth Congressional District election.

The unrestrained frustration expressed by a three-judge panel who ended their fourth temporary extension (since October) of the unconstitutional laws concerning the state Board of Elections, is more than ample proof.

“The voters of the Ninth Congressional District are entitled to have their elected representative in place by the time Congress convenes, or to know why they will not have their representative in place, and further to know with certainty what action is being taken to insure they are properly represented in the important matters before congress,” said Judges Jesse Caldwell, Todd Burke and Jeffrey Foster in their order denying any extension of their earlier ruling that the legislature’s election laws were unconstitutional.

Illegal gerrymandering, unconstitutional laws, manipulating basic government functions, undercutting state agencies and those responsible for carrying out the law, playing partisan political games. Since January 2011 those have been the order of the day for the General Assembly in ways that have few companions in our state’s history – and certainly none worth emulating.

Complying with the court shouldn’t be a tall order for a legislative leadership that recognizes its duty is to assure the government functions smoothly and meets the needs of the citizens they represent.

But that’s not the way things have worked. North Carolinians have good reason to be angry.

For decades Republicans promised if they had the opportunity to control things in the state legislature it would be different -- more open, greater opportunities for the rank-and-file to participate, less partisan obsession.

It was not so long ago that Republicans rightly expressed frustration with the heavy-handed leadership from the likes of mountain Democrats like the late House Speaker Liston Ramsey, Durham power Sen. Ken Royall and House budget czar Billy Watkins.

Democratic legislators would receive allotments of budget funding to distribute as they wished. In a still well remembered speech Senate Republican leader Larry Cobb of Mecklenburg County lambasted Democrats for “feeding lengthwise at the public trough” for the sake of their own political gain.

The reality is that when the current GOP leadership captured a veto-proof majority, they ridiculed and ignored the reforms that had been so fervently touted years earlier.

Pork barrel spending has comeback with a vengeance. Tax dollars have flowed unchecked into pet projects, agencies and friends of favored Republican legislators.

There is little to lament that the uncontested rule of Republican Senate leader Phil Berger and House Speaker Tim Moore is fading. Without the veto-proof majority it will be more difficult – if Democrats are organized and focused – to legislate in secret, instantaneously and by ambush.

Twenty-nine years ago a young one-term legislator from Nash County risked his political life to join with 19 other Democrats and 45 Republicans to oust the deep-rooted autocratic Democratic leadership in the state House of Representatives.

So, none of this is new to Gov. Roy Cooper.

No one who truly believes in participatory democracy and the rule of law should lament for a minute the demise of the unchallengeable dictatorship that has ruled the legislature and much of the state for the last eight years.

The real possibility of state government gridlock over the next two years may even be welcome as the hyper-partisan legislative leaders likely continues to exploit every opportunity to pick even the pettiest of fights with the governor.

While politicians bicker, the public education of North Carolina children will be neglected; roads, bridges and other infrastructure will crumble; concerns about clean air and water will be overlooked; the state’s reputation as a place for opportunity and business expansion will suffer; and concerns for the quality of life of every citizen will be ignored.

There may be 96 weeks until the next statewide election, but starting now voters should be focusing what changes need to be made to make the state function again.