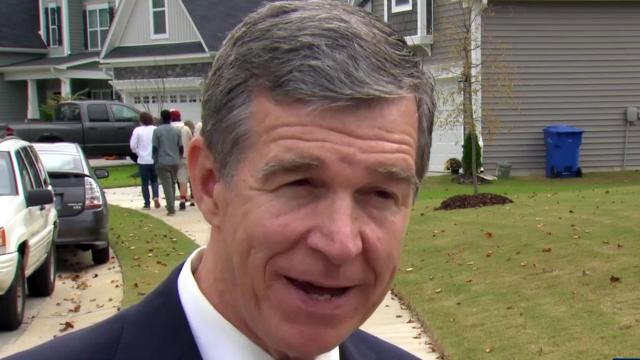 There’s a new sheriff in town. In Raleigh, that’s a literal and figurative fact.

Literally: Current Wake County Sheriff Donnie Harrison, a Republican, is leaving and sheriff-elect Gerald Baker, a Democrat, will take over.

Figuratively: North Carolina voters gave Gov. Roy Cooper the badge when they took away the General Assembly’s veto proof majority. In the face of heavily GOP rigged election districts, safe incumbents were sent packing in favor of Democrats. Voters are saying stop the nonsense and are helping the governor do it.

Democrats and Republicans shouldn’t misread the voters’ message. It’s not about liking Democrats or Republicans any more or any less. It is a clarion call that the dictatorial, covert, rushed and secret back-room operation of the legislature needs to end.  It is a message that the leadership – most specifically Senate Republicans Phil Berger and Harry Brown and House Republicans Tim Moore and David Lewis -- needs to hear and heed.

North Carolinians simply want their public officials to do the right things. End the secrecy, the games, the petty partisan paybacks and the take-it-or-leave-it lawmaking. Conduct the public’s business openly and transparently.

As legislators prepare for a special session that will start in a week, Lewis, for one, clearly didn’t get the message.

Among the topics likely to come up during the session is implementation of the recently approved state Constitutional Amendment to require photo identification when citizens vote. Lewis, a Harnett County Republican, told a reporter what he expects his new law will include. He indicated it will be much like a failed 2013 voter ID law.

North Carolina citizens voted in favor of a picture voter ID. They DID NOT vote for a half-baked, quickly passed law that will do more to generate court challenges and legal fees than assure fair elections.

If Lewis wasn’t so tone-deaf to voters’ wishes, he should have said this:

“This is an important change. We’re not going to rush into it. We can use this short session to work WITH Gov. Roy Cooper, Democrats in the legislature and the citizens of North Carolina.

“We need an orderly process. We should hear from election law experts, local election officials who will implement the new requirements and North Carolina’s voters.

“We can go around the state, hold hearings and gather information on the challenges and best ways to implement this. During the long session we’ll have more information and time to be better able to put together a law that, I hope, works to make sure our elections are fair and NO ONE is denied their right to vote.”

That’s what Lewis and his fellow legislative leaders should do. It is what North Carolina voters just 14 days ago said they want them to do.

Will it be more of the same from Berger and Moore? We will know next week.