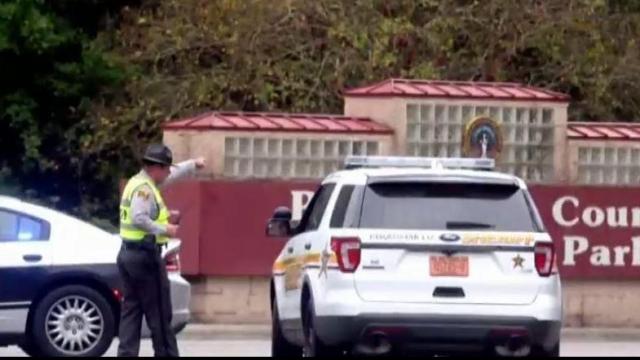 Sitting in a county jail waiting court action shouldn’t be a death sentence.

But that’s what it has been for at least 33 people in North Carolina jails in the first eight months of 2018. It is a pace that could see the 2015 record for jail inmate deaths – 40 – broken. Meeting or breaking it is no distinction or honor.

In Mecklenburg County’s jails five inmates have died in the last five months, prompting an inquiry by the State Bureau of Investigation and the state Department of Health and Human Services.

The causes of death vary – often suicides, drug overdoses or other medical-related circumstances – but the failure of county jail personnel to meet required, regular checks of inmates seems to be a common thread.

In contrast to local jails, those who work to keep our state’s prisons safe and secure should be able to do it without getting killed.

The problems in local jails come on top of the shocking staffing and security problems in North Carolina’s state-run prisons. Those concerns have been connected to the deaths and injuries of prison personnel. It was a year ago that four prison workers at the Pasquotank Correctional Institution were killed in a failed prison break.

In the wake, there have been studies and recommendations. The legislature provided minor pay increases but didn’t impose a comprehensive plan or a major appropriation to address the problem in prisons and jails – it failed to provide much-needed staffing, training, equipment and facility needs. Given the needs of our prison system and jails, the $15 million appropriated for security upgrades is a token gesture

When it came to addressing problems in county jails, there just wasn’t time during the “short” legislative session this spring and summer said State Rep. Allen McNeill, R-Randolph, chairman of the House Appropriations Subcommittee on Justice and Public Safety. “I cannot specifically speak about why the issue was not addressed,” he told a news reporter. “We handled very little besides the budget.”

There’s no virtue in nickel-and-diming our prisons and jails. The people who work in them have important and too often dangerous jobs. They deserve far better resources and compensation that both protects their safety but keeps our prisons secure.

Similarly, our jails must be places were those awaiting justice don’t die before they get their day in court.

Assuring the safety and security of citizens is the most basic function of government. The current problems are prime examples of legislators’ failure while they focus on budget cuts and power grabs.

In this campaign season voters have the opportunity, from the voting booth, to remind them to get back to basics.