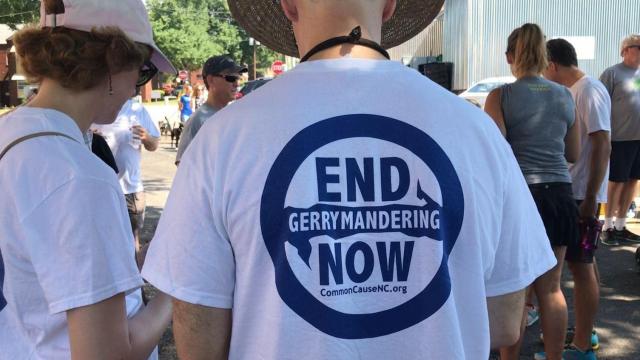 The North Carolina General Assembly’s completed its legislative redistricting job – supposedly along the guidelines the court assigned. How did it do?

We’ll leave it to the judges to assign any pass-fail grade. We will provide some evaluation. Based on what we’ve seen of the legislators’ work, they shouldn’t be too optimistic.

Legislators proved they are not to be trusted to objectively draw election district lines. At a minimum, their self-interest – regardless of partisanship -- to make their own re-election as assured as possible makes them unable to develop fair and impartial maps as defined by the court.

Even though the court said legislators could not use political or voting data in their work, they could consider incumbency. That was the small opening needed to perpetuate their hyper gerrymandering. Look at the evidence:

Why is this skew important? First, because it flies in the face of what the court sought to fix.

Second – and even more importantly – it is contrary to what the voters said they wanted.

Using incumbency – with its legacy in illegal gerrymandering – provide the excuse and means to perpetuate the problem the court wanted fixed. These legislators know the composition of their districts intimately, precinct by precinct. They intuitively know the partisan behavior even if they can’t see the exact data.

Not a single Democrat in the legislature voted for the new House District map.

It should not be a surprise to anyone that when the court takes up the latest submissions, they are rejected and the expert referee for the case Nathan Persily is directed to develop more appropriate maps.

The lesson here is simple. It can be addressed right away. Legislators lack the ability – either because of their own incumbency or partisan bias – to draw election districts that put the interests of voters and representation of communities first.  Only imposition of a non-partisan system will fix it.

Legislators can act now to pass an amendment to the State Constitution, to require a non-partisan system drawing legislative, congressional and ALL other election district maps. It is past time to end unfair and unconstitutional representation of North Carolinians in Congress and the General Assembly.