Editorial: Lack of accountability at the ballot box allows ideology to run amok 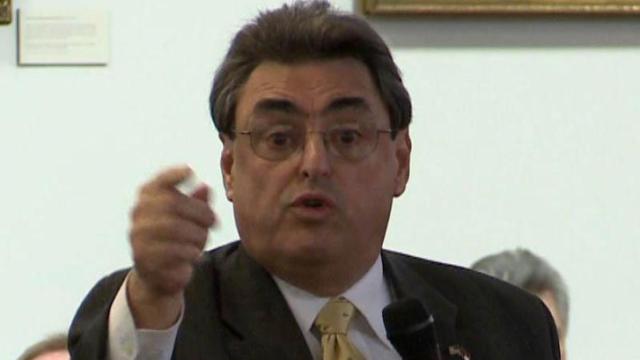 Two proposals making their way through the General Assembly epitomize the problems gerrymandered legislative districts have created and the resulting lack of accountability or our “elected” representatives.

A CBC Editorial: Thursday, June 16, 2016; Editorial# 8021
​The following is the opinion of Capitol Broadcasting Company

If there is legislation that should go to the Committee on Redundancy Committee to expire, it is the “Pledge to Uphold the Bill of Rights” resolution before the state House of Representatives. While some lawmakers may have forgotten – they’d already made that pledge when they took the oath of office, solemnly swearing to “support the Constitution of the United States.” In reality, the resolution -- sponsored by Reps. Rep. Larry Pittman, R-Cabarrus, along with co-sponsors Michael Speciale, R-Craven, Mark Brody, R-Union and Carl Ford, R-Rowan – is about imposing their view of “state’s rights.”

Three of these sponsors, Pittman, Speciale and Brody, are also sponsors of a misguided proposed amendment to the State Constitution to abolish requiring a permit to carry a concealed weapon. All four, by the way, come from gerrymandered districts where three have little significant opposition for re-election and Ford is unopposed.

The “Bill of Rights” resolution barely speaks of personal liberty and freedom – that stuff like free press, religion or assembly, but preaches about “limitations on the power of the federal government” and the states’ “right to govern themselves.” House Speaker Tim Moore, R-Cleveland, would be wise to give the four a nice pat on the head and banish the resolution, as harmless as it may seem, to the Rules committee where it should languish until the sessions ends.

Over in the Senate there’s a more devious and dangerous proposed amendment to the state constitution, with roots in the misleadingly-named “Taxpayer Bill of Rights” (that passed the Senate last year but didn’t get a vote in the House) to cap the state income tax rate at 5.5 percent. Article V of the state constitution currently sets a 10 percent ceiling. By the way, the current income tax rate for individuals is 5.75 percent (and goes down to 5.499 percent next year) and 4 percent for businesses.

Slashing the constitutional limit on income taxes in half is irresponsible, disrespectful of future legislatures and leaves the state with limited options to address programs and projects that future North Carolinians may deem urgent or vital.

Significantly, the four sponsors of this unnecessary plan, face no consequence or accountability. The lead sponsor, Sen. Robert Rucho, R-Mecklenburg, isn’t seeking re-election. The three other sponsors, Bill Rabon, R-Brunswick; Jerry Tillman, R-Randolph; and Louis Pate, R-Wayne, face no opposition in the fall campaign. They are utterly without accountability to a single voter in their districts – and the state – for their actions.

Should anyone ever look for an example of the damage the General Assembly’s heavy-handed gerrymandering of legislative districts has done to representative government in North Carolina, this legislation is it. Not a single sponsor of this bill will be held accountable for their action at the ballot box – the lone avenue that voters have to effectively express their approval, or dissatisfaction, with those who govern them.

This state constitutional amendment is not small tinkering, or tweaking of a tax rate. It is a dramatic 50 percent cut that will strip future legislatures of a tool that might be needed – or might then choose to use – to address future needs of the state. While legislators at the committee hearing on the proposal refused to accept it, State Treasurer Janet Cowell submitted a stark warning about the damage such a move could do to the state’s ability to borrow and remain financially stable. She said, if passed, the amendment could result in a cut to the state’s much-cherished AAA bond rating; increase volatility and lessen the reliability of the state’s revenue stream; and adopt a scheme that most states have rejected.

The proponents may claim that they aren’t acting alone – the amendment needs a super majority of 30 votes in the Senate and 72 votes in the House before it even goes on to a statewide ballot. The fact that nearly half the House and nearly a third of the Senate are unopposed for re-election offers voters little opportunities to hold these legislators accountable for their actions.

The tax cap is a bad idea that will tie the hands of future North Carolina leaders. While it is unlikely to expect enough Senators to come to their senses and kill this proposal, the House of Representatives, should, as it did earlier with the “Taxpayer Bill of Rights,” give it a chilly reception when it arrives and keep it in the deep freeze until the legislative session comes to a merciful end.