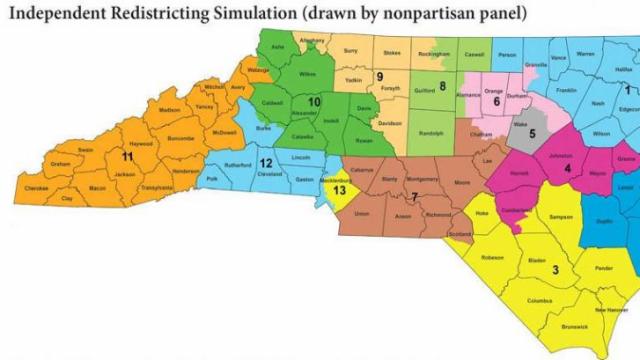 A CBC Editorial: Wednesday, Aug. 31. 2016; Editorial# 8049
The following is the opinion of Capitol Broadcasting Company

Over the decades, Democrats and Republicans in the North Carolina General Assembly have repeatedly demonstrated it doesn’t take any particular genius to create congressional and legislative districts – particularly those that aren’t fair and fail to meet constitutional muster.

What it does take, thanks to a most worthy project put together by Duke University and Common Cause North Carolina, is the nonpartisan goodwill of eight of North Carolinas most prominent retired jurists (four Republicans and four Democrats) – including five former state Supreme Court justices (four of them chief justice), two court of appeals judges and a superior court judge.

Their volunteer efforts, led by former UNC President Tom Ross, who also is a former judge and led the N.C. Administrative Office of the Courts, produced an admirable and workable “simulation” of 13 congressional districts that more resemble North Carolina than any previous maps drawn by Democrats or Republicans.

Their priority wasn’t to produce overwhelming political domination of one party or to protect incumbents. The criteria, Ross said, was clear and simple: “Achieving equal population, compactness and compliance with the Voting Rights Act, while leaving out partisan political considerations.”

The result – six districts that lean Republican, four that lean Democrat and three that don’t have a clear partisan advantage. It is a far cry from the current scheme that virtually guarantees 10 Republicans and three Democrats will represent the state in the U.S. House of Representatives.

State Sen. Bob Rucho, R-Mecklenburg and Rep. David Lewis, R-Harnett, the extremist power-brokers in the legislature who concocted the current unconstitutional plans, are wrong to dismiss the work of the panel of judges as a “charade of ‘nonpartisan’ redistricting from a national liberal interest group.”

While the members of the panel, Democrats and Republicans, have rarely been shy about their personal political affiliations or support for their party, Rucho and Lewis’ flippant sound-bite is an insult to the integrity of judges whose career work – as well as their work on the redistricting simulation -- demonstrates their dedication to put the law above partisanship. Common Cause has been working to rid government of gerrymandering for decades – regardless of the parties in power.

The current state of congressional and legislative redistricting results in a lack of competitiveness at election time. It breeds complacency among elected officials who no longer are accountable to an involved electorate. The resulting political polarization often results in legislative gridlock cynicism and lack of engagement by the voters.

Voters disengage from congressional and legislative elections because they know their vote won’t make a difference – particularly in North Carolina where nearly half the legislative candidates don’t face any opposition on the November ballot. Most of the rest have only token opposition. Voting districts developed in a non-partisan manner would restore competitiveness and encourage voter turnout and voter confidence in their elections and government.

The General Assembly is already under a court order to draw new legislative districts in 2017.

As soon as possible, legislative leaders should study create a nonpartisan commission for legislative and congressional redistricting. That bill can be debated and put into place in an expedited manner when the General Assembly convenes in 2017. Such a commission would have time, then, to present a plan for adoption in time for the 2018 elections.

Thanks to Duke University, Common Cause North Carolina eight outstanding jurists for showing us a workable first step toward fair elections. Our legislators now need to embrace their work to provide a plan for representative government that doesn’t guarantee partisan dominance but rather makes equal representation and voter participation the top priority.