Editorial: It's time for legislative leaders cooperate not obfuscate on redistricting 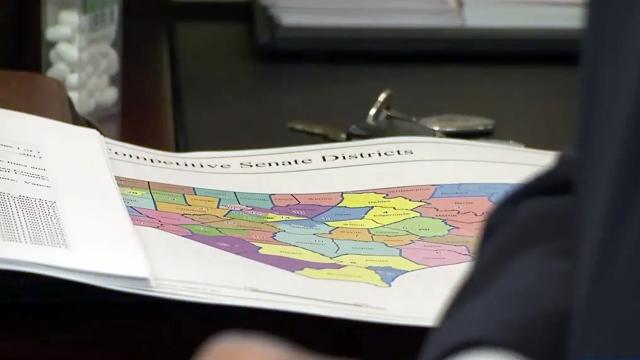 Federal judges have said repeatedly that North Carolina’s Republican-dominated legislature has produced voting districts that discriminate against African-American voters -- illegally segregating them into state Senate and House districts. One court puts it bluntly, that Republican legislators had, with “surgical precision,” targeted black voters to minimize their participation in elections.

So, when the court appointed an expert to draw fair districts and remedy the mess the General Assembly’s created, the legislators’ stubborn reaction didn’t come as a surprise.

“It appears the special master has engaged in racial sorting to establish districts with racial targets for black voting age population,” lawyers for the legislature said Friday – objecting to the draft plan Special Master Nathaniel Persily offered up a few days earlier.

So, addressing the problem the legislature CREATED marks illegal consideration of race? Let’s get real here.

Further, the legislature’s lawyers argued, new electoral maps rammed through the General Assembly in late August, with less than a week of discussion or debate, fixed the problems and “fully complied with this court’s judgment.” The judges aren’t buying that, either.

From the description in the defendants’ latest filing, it wouldn’t be far-fetched for the unaware to conclude that the current gerrymandered legislative districts were the result of overwhelming consensus. “The General Assembly spoke with one voice on August 31, 2017 when it adopted the 2017 plans, and those plans are the plans supported by the General Assembly,” said the lawyers for the GOP leadership. A lone Democrat, Bill Brisson of Bladen County, voted for the plan. Late last month he said he’s switching his voter registration to Republican.

There was more unity at the Tower of Babel.

One thing IS clear from the response filed by the legislators’ lawyers: They intend to continue confusing the issues and employing all delay tactics available to maintain the Republican’s illegal veto-proof control of the legislature.

They’ve managed that illegal power play for the last seven years. If they can keep it up for another three they’ll have kept power through the administration of Democratic Gov. Roy Cooper and be in a position to enact another set of gerrymandered districts following the 2020 census.

The protracted legal treadmill will be spinning again and the distressing, undemocratic cycle will continue. Hundreds of thousands of North Carolina citizens will be denied a proper voice in government and the state will be ruled by an illegal and out-of-control legislature that, in fact, represents only a small fraction of the state’s population.

Thework of the court's special master stands distinct from the work of the leadership of the General Assembly in many ways. Just read the special master’s draft plan. Persily sets out clear principles that guide his design of the districts. Additionally, he provided a draft earlier than required so “parties would have time to lodge objections and make suggestions.”  Imagine that?

In coming days, the special master has asked both the plaintiffs and legislative leadership defendants to provide further information, including any concerns with incumbents that have been paired in the same districts along with any suggested changes.

Rather than continued obfuscation and delay, it would be helpful – even patriotic – if the Republican legislative leadership and its lawyers would instead cooperate with the court and help restore truly representative government in North Carolina.