Editorial: It's Josh Stein for attorney general over HB2's cheerleader 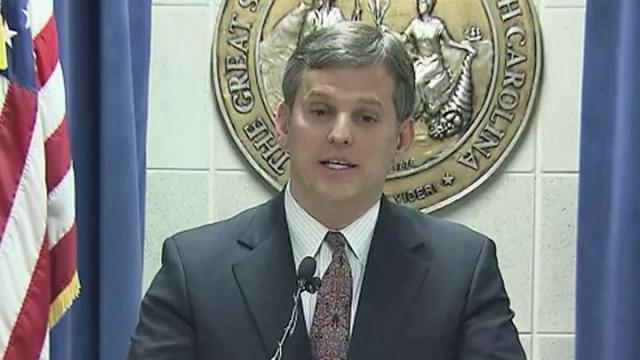 A CBC Editorial: Monday, Oct. 24, 2016; Editorial# 8072
The following is the opinion of Capitol Broadcasting

There isn’t a place on the 2016 North Carolina ballot where House Bill 2 is more front-and-center than the contest for attorney general.

We support the Democrat in the race, Josh Stein. The Raleigh lawyer spent much of his career leading consumer protection efforts in the state Attorney General’s office and served four terms in the state Senate representing Wake County. His work in the Department of Justice and state Senate make him uniquely qualified to be the next attorney general.

He resigned his Senate seat in March to devote time to the campaign, avoiding potential conflicts that arise while serving in the Senate and seeking higher office.

Republican Eldon S. “Buck” Newton III, is a personal injury lawyer, according to the “Martindale Hubbell” directory and 3-term state senator from Wilson. He continues to serve in the Senate. During the special session on HB2, he grabbed the high profile opportunity to run the bill.

HB2 has written discrimination into North Carolina law, harmed the state’s brand and is one of the worst pieces of legislation ever to become state law. Want to make a direct expression about HB2? The election for attorney general is ground zero. Newton was the Senate sponsor of the bill. Don’t like the bill? Don’t vote for Newton.

Barely a week after the primary that made him the GOP nominee for attorney general, Newton was basking in the glow of TV lights pushing for the passage of the legislation – which in reality was a disastrous scheme to cook up a wedge issue to polarize voters.

What was there to lose?

Rather than boost GOP candidates, the legislation’s cost North Carolina thousands of jobs, hundreds of millions of dollars and an exodus of high-profile cultural and sporting events.

When Newton pitched the bill during the special session he revealed the purely partisan nature of the effort. In an eight-minute speech about HB2, Newton took four partisan pot-shots at Attorney General Roy Cooper, the Democratic nominee for governor. Cooper’s had nothing to do with HB2, other than the good sense to oppose it.

A month later, Newton was even more brazen at a rally in Raleigh, sponsored by a coalition of alt-right organizations, “Keep NC Safe.” He was fighting to “keep our state straight.”

He went on to goad Stein. “He wants to make me the poster child of this bill. And you know what, I say bring it on. Bring it on!” Newton declared. “If I can’t win this election because I ran HB2, then so be it. Bring it on!”

Interestingly, Newton hasn’t been doing much to ‘bring it on” when it comes to HB2. Instead, he’s launched a seamy attack on Stein and his family, particularly his father – Adam Stein – for contributing $500,000 to the N.C. Democratic Party campaign. Adam Stein is one of the state’s foremost lawyers, known for his groundbreaking civil rights work. He, along with James Ferguson and Julius Chambers, founded North Carolina’s first integrated law firm in Charlotte.

It’s no surprise that Newton has gone from boastful to bashful about HB2. Newton’s campaign can read polls as well as anyone – including one released last week by Time Warner Cable News. Fifty-eight percent of the state’s voters say HB2 has hurt the state’s ability to grow and recruit businesses; 56 percent say it’s hurt the state’s image; 50 percent say LGBT individuals should be included in discrimination protection laws; 45 percent say the legislature’s handling of HB2 left them with “negative” feelings compared with just 24 percent “positive.”

For voters looking to send a clear message in opposition to HB2, there’s no better place than the race for attorney general. We have repeatedly stated our opposition to HB2. It must be repealed.

Josh Stein has been against it from day 1.

Buck Newton, the loud author of HB2, is for it.