Editorial: It is past time to adopt reasonable gun laws in NC 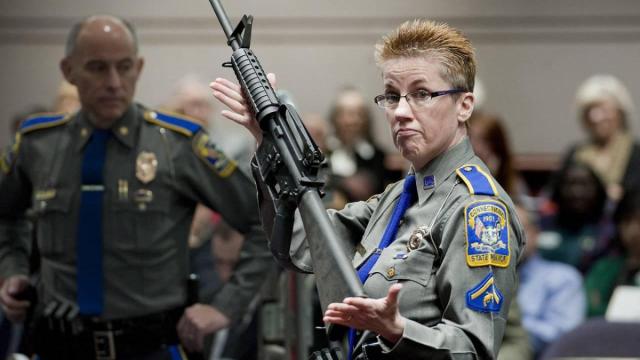 Monday, June 20, 2016: It is past time for Congress and the N.C. General Assembly to adopt common-sense limits on military-style arms and reasonable background checks on gun purchasers. It will make us all safer.

A CBC editorial: Monday, June 20, 2016; Editorial# 8019
The following is the opinion of Capitol Broadcasting Company

What was the difference? From 1995 through 2004, federal law banned the manufacture, sale and possession of semi-automatic assault weapons to civilians – what gun makers now call “modern sporting rifles.”

Since 1994, enough firearms were made to put a gun in the hands of nearly every other American adult. That’s great news for the folks who make guns. Not such great news for innocent folks with those guns pointed at them.

If more guns are supposed to make us safer, why are more and more people dying in gun-related violence and mass killings?

Efforts in Congress and in state legislatures to develop and pass reasonable laws to assure weapons of mass destruction are kept out of the hands of terrorists and the certifiably mentally unstable, are met with massive and illogical resistance.

The nation’s gun manufacturers, through the industry-backed National Rifle Association, seem more interested these days in protecting the rights of those on the terrorist watch list, than innocent, law-abiding citizens.

Just last week, in the wake of the 49 innocent lives lost at the nightclub shooting in Orlando, the NRA “softened” its opposition and agreed to a ban, but only if anyone on a “no-fly” list is guaranteed, within three days, a hearing before a judge where the government must make the case to keep weapons out of their hands. The NRA says it wants to assure due process to those who might be placed erroneously on the list. If that’s the case, then perhaps every person on the watch list should also be entitled, within 3 days, to a judicial hearing if they’re denied access to an airline flight. Surely, a person would have at least as great an urgency to travel as they might to have a high-powered, semi-automatic military style assault weapon.

It is time for Congress and the North Carolina legislature, to pass common sense laws that would limit easy access to deadly weapons by those who want to harm others, or certifiably lack the judgement to responsibly use guns.

As recently as Monday, the U.S. Supreme Court affirmed an assault weapon ban that the state of Connecticut enacted following the mass shootings at the elementary school in Newtown. That law – now certified constitutional -- bans assault weapons, forbids the sale of magazines carrying more than 10 bullets, requires background checks on all firearms sales and sets up a registry of weapons offenders.

Getting a law like that passed by the North Carolina General Assembly before it adjourns should be a top priority of legislative leaders. It certainly would require no more consideration than it has given to other important legislation it has passed in a matter of hours or days, such as the now-notorious House Bill 2.

The evidence is more than clear. To make our nation and state safer, Congress should reauthorize the automatic weapons ban that was in place prior to 2004. The state legislature should adopt similar legislation, regardless of what happens in Washington.

Further, Congress and the state legislature should:

These are common-sense measures that place no burden or infringement of rights on law-abiding citizens. Enforcement won’t require any more effort than, say, the background checks legislators want to require for Lottery winners who might be receiving food stamps.