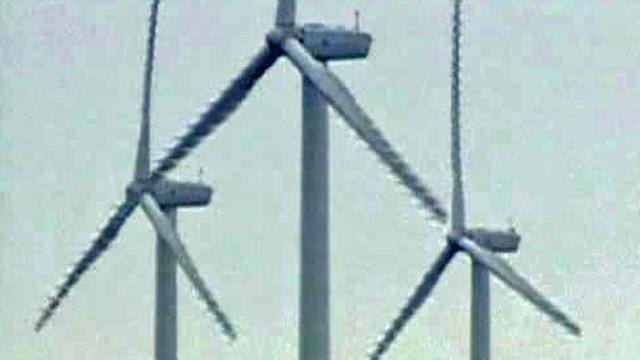 A CBC Editorial: Wednesday, July 19, 2017; Editorial # 8188
The following is the opinion of Capitol Broadcasting Company

Think of it. A business that wants to invest billions in parts of North Carolina often neglected and overlooked by new and expanding businesses. There are no waste lagoons or wafting annoying stench tied to the projects.

Shouldn’t it be expected that the General Assembly and its self-styled pro-business leadership would be bending over backwards with incentives and tax cuts?

Perhaps, but that’s not the case when it comes to renewable energy. Harry Brown, the state Senate’s powerful budget committee chair, has been unrelenting in his efforts to stifle the growth of renewable energy development – particularly wind energy. Brown claims he wants a wind farm moratorium so the military can evaluate the impact. He well knows that the U.S. Defense Department has studied the issue and given the North Carolina project a go-ahead.

Brown’s insistence on an 18-month ban on the development of wind farms – injected into a hard-worked compromise to promote renewable energy development – has both jeopardized the legislation awaiting action by Gov. Roy Cooper as well as the fate of two planned wind farms in eastern North Carolina.

Millions in community investment, hundreds of thousands in property tax revenue to support local needs hang in the balance for places that struggle just to stem the exodus of jobs and people while scraping up support for schools, public safety and other community needs.

Minus the poison-pill wind farm moratorium, the legislation is an important update to the state’s renewable energy policies. A key provision would make it easier for homeowners and businesses to be able to afford to put solar panels on their roofs. The provision will cut $10,000 to $20,000 off the typical cost.

Brown, it is also worth noting, is no fan of solar energy either.

Much was invested by a broad spectrum of interests in reaching the compromise of the original legislation (without the wind farm ban). Renewable energy advocates have been cautious and reserved in their reactions – being careful to avoid directly calling on the governor to veto the bill. Still, they have been forthright in their disappointment.

“The (N.C. Sustainable Energy Association) is working now to ensure all participants … leading up to this disappointing vote take action to remedy this reckless adoption (of the wind farm moratorium) of an otherwise strong policy,” the association said.

We have no need to be reserved. The governor should veto the bill – saying in no uncertain terms that he will be delighted to sign it when the wind farm ban is removed. However, Cooper should make it clear that he will not be party to laws that needlessly block jobs and economic opportunity from parts of our state that face the greatest challenges.

Whatever Brown’s interests are, they clearly aren’t representative of most eastern North Carolinians.

With a veto of House Bill 589 – as difficult as it might be – the governor will be standing for the best interest of his neighbors.

Capitol Broadcasting Company owns a solar farm in Wake County that has been in operation since April 2012. The electricity generated is sold to Duke Progress Energy.