Editorial: House Bill 2 is about discrimination, not merely bathrooms 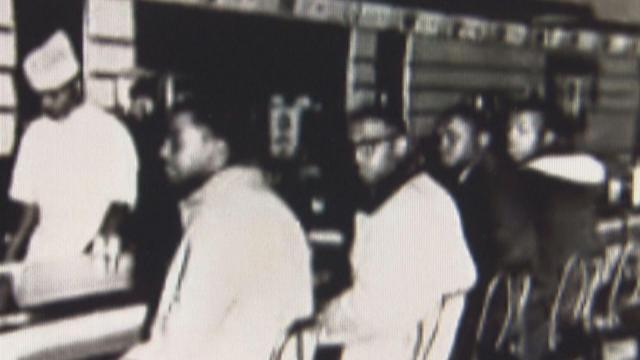 -- Calling HB2 a “bathroom bill” misses the most important point.
-- Under North Carolina law in HB2, businesses can refuse to serve transgender people.
-- North Carolina’s reputation around the nation is soiled.
-- Should laws be passed just to stoke fear and division to drive some voters to the polls?

A CBC editorial: Friday, July 15, 2016; Editorial# 8029
The following is the opinion of Capitol Broadcasting Company

North Carolina’s House Bill 2 is more than who should, or shouldn’t be in a particular public restroom.

House Bill 2 does one very simple and dangerous thing. It legalizes, under North Carolina law, discrimination against certain people because they may be lesbian, gay, bisexual or transgender.

Remember the famous 1960 Greensboro Woolworth’s lunch counter sit-in. Think those days are over?

Think again. Under North Carolina law, it is ok for a restaurant to put a sign above the lunch counter that says “We Don’t Serve Gays.” Under state law, it is just fine for an employer to fire workers, for no other reason than they are gay or transsexual.

That is wrong. It is hurtful. It is mean.

Those behind HB2 can dress this despicable law up anyway they want. Efforts to say that the law is about safety is a disguise more suited for Halloween.

So, why the desperation? Why the need to justify a bad law? Across the nation at least 250 cities and counties, including Cleveland where the Republican Party will be holding its national convention next week, have ordinances similar to the one Charlotte attempted to adopt.  None have seen any turmoil as a result.

It is a brazen and transparent effort to manufacture an emotional divide, to stoke fears and prejudice to drive one group of voters to the polls and keep others away. It is a tried-and-true technique that has roots with the imposition of Jim Crow laws in North Carolina and across the South more than a century ago.

The impact of this discriminatory law continues to reverberate around the state and nation. Recently, 68 of the nation’s largest companies, some homegrown, others with operations in the state or with jobs and facilities North Carolina would like to lure, filed an amicus brief supporting the federal government’s efforts to have HB2 declared unconstitutional.

Other than the cynical effort to pander for votes, do Gov. Pat McCrory, Sen. Phil Berger, House Speaker Tim Moore and the others who back this legislation, really believe that it is ok to discriminate against other people; to be able to refuse to serve them at the lunch counter; to force them out of their jobs; to deny them the most basic of human rights – just on the basis of being gay or transsexual? Do they really think this bigotry is justified?

Well, it isn’t. We are better than this.

It would be empty optimism to think that any of these folks might come to their senses, apologize and fix this as soon as possible. The best hope is for the courts to act as quickly as possible and declare HB2 unconstitutional.