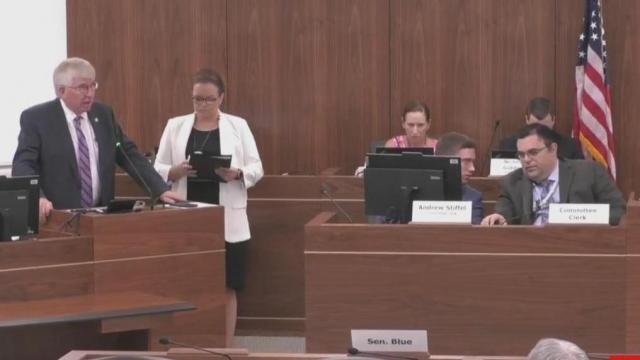 On Wednesday March 17 – St. Patrick’s Day – North Carolina voters were led to believe that the people they elected to the state House of Representatives voted 119-0, approving legislation making it easier for applied behavior analysis therapists to practice in North Carolina. It is a therapy that has been shown to be particularly effective for children with autism.

The truth is, though they didn’t know it at the time, they voted for a bill that has nothing to do with helping kids with autism. The House bill later would be irrelevant since a companion Senate bill had been enacted into law

But now House Bill 91, legislation the House voted for a third of a year ago is controversial legislation dealing with the administration of interscholastic athletic competition.

The votes of EVERY member of the House (except Rep. Jeffrey Elmore, R-Wilkes County – who was absent and excused from voting) were meaningless, merely a vehicle to advance legislation they knew nothing about nor will have the opportunity expose to the complete legislative process or fully debate.

Instead of a committee and full floor debate, with the ability to change the new version of the bill after it leaves the Senate – as would be the process of typical legislation -- it only gets an up-or-down vote in the House. There’s no committee discussion nor any chance for amendments.

“Gut & Replace.” It is a favorite strong-arm tactic of Senate Leader Phil Berger. There’s nothing new about this legislative version of “bait & switch.” It’s been used by Democrats as well as Republicans.

It is a troubling practice that destroys a basic pillar of representative government -- the ability of voters to hold their elected representative accountable for their actions.

Berger has transformed “Gut & Replace” from a rarely used scheme into a routine way of doing the public’s business. The tactic takes a bill that has already been passed, deletes the content of that legislation and replaces it with whatever Berger wants. It transforms, not merely amends.

There are more recent examples of this tactic:

House Bill 128 started as legislation to increase access to sporting venues in schools when it passed the state House on a 77-42 vote. In the Senate last month it was transformed into legislation to dealing with how much compensation unemployed workers could receive. Is that what the 119 representatives were voting on back on March 3? Not even close.

House Bill 334 was clarifying tax relief to North Carolina businesses receiving pandemic PPP funds under the federal Cares Act. It was transformed in the Senate to legislation that cuts the corporate income tax rate to zero by 2028. Did House member know they were voting to eliminate business income taxes when they voted to approve the bill 111-2 on April 15? Absolutely not.

This tactic makes things -- the good or bad of the legislation; what needs it meets or misses; who it benefits or hurts – irrelevant. It renders critical votes moving it along in the legislative process meaningless.

“This is not a good way to do the peoples' business,” said Rep. Pricey Harrison, a Guilford County Democrat who’s served in the House for nine terms. She knows from where she talks. In 2010, after the Deep Water Horizon oil spill disaster, she worked with others to take a Senate-passed environmental bill and transform it into the Oil Spill Liability, Response and Preparedness Act. “It was an emergency situation.”

There is no emergency concerning high school athletics, or the other issues now being rushed through via “Gut & Replace.”

As regards changing governance of high school athletics: “This is precisely the kind of issue that deserves a closer look,” Harrison said. “I’m hearing from constituents who are very concerned. It deserves more thorough discussion. There’s real potential to leave parties out that will be significantly impacted – and that won’t be good legislation.”

This is not about whether any of this legislation is necessary or unnecessary – though that is an important matter.

Legislators are obligated to assure that their constituents can hold them accountable. Voters must be clearly able to see the decisions representatives make are in line with their desires and not for the legislators’ personal benefit.

It is not too much to expect -- and it is an appropriate demand -- that citizens and legislators know exactly what they are voting for and why.