Editorial: Get real, drop the appeals. Focus on making it easier to vote 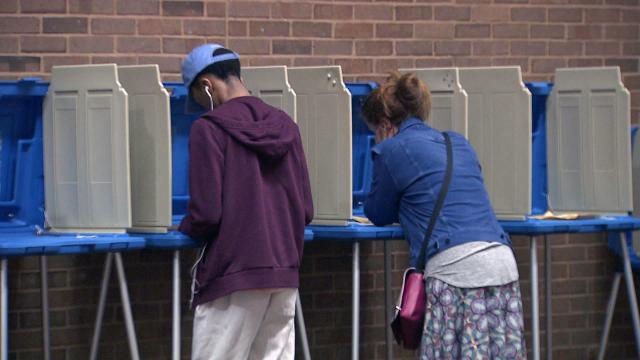 A CBC Editorial: Friday, Aug. 5, 2016; Editorial# 8038
​The following is the opinion of Capitol Broadcasting Company

Good lawyers don’t always tell their clients what they want to hear – but what they need to hear.

Attorney General Roy Cooper rightly determined, given the stern and detailed opinion of the three judges, it would be fruitless to appeal the case further. “Our attorneys have been working hard to defend many laws that have overreached. This is just another example of a law that's unconstitutional and that's overreaching," Cooper told reporters earlier this week. "I told the legislature it was a bad idea. I told the governor that he should veto it.  We defended it for three years anyway but have gotten to the point now, with this unanimous 4th Circuit opinion, that it's time to stop."

McCrory and the legislative leadership have tried to rope-a-dope the public into thinking the law is about voter ID and stopping voter fraud. It is not. It is about keeping people who don’t vote the way you like, away from the polls.

The law enacted a broad set of voter and ballot access provisions, some aimed at young voters and others exclusively targeting African-American voters. The action was so obvious and extreme that the appeals court labeled it “purposeful racial discrimination.”

In recent days, federal judges in Texas, Wisconsin and North Dakota have tossed out laws that, like North Carolina’s, targeted minority voters. The likelihood of the current U.S. Supreme Court ruling in favor of McCrory and the GOP leadership is slim, at best.

McCrory and the GOP leadership have not just created more confusion over voting, their hyper partisan posturing endangers the credibility of our courts. Within hours of the Appeals Court’s ruling, McCrory complained that it was a “political opinion” by “three partisan Democrats.” Berger and Moore were more inflammatory. “We can only wonder if the intent is to reopen the door for voter fraud, potentially allowing fellow Democrat politicians like Hillary Clinton and Roy Cooper to steal the election.”

We are in a highly-charged partisan atmosphere at election time, such comments might be dismissed as seasonal rhetoric. But both Moore and Berger are lawyers and officers of the court – Berger’s son, in fact is a candidate for the N.C. Court of Appeals. Rather than exploiting the courts in a misguided and ineffective quest for political attack lines, our legislative leaders and their governor would be better off to save taxpayer dollars and drop the appeal.

Late Thursday, the 4th Circuit Court of Appeals rightly denied an effort to delay the enforcement of its ruling. We know that means that in November, North Carolina voters will have greater access to the polls, including Sunday voting, extended days for early voting, same-day registration and early voter registration for young voters ahead of their 18th birthday.

When U.S. District Court Judge Thomas Schroeder ruled in favor of the 2013 law, neither McCrory nor the legislative leadership noted that he was a GOP appointee. Nor did they note that it was Cooper’s office that represented the state in that successful legal effort.

It is dangerous and demeaning to our democracy to cry partisan politics, as McCrory, Berger and Moore, have done when the courts don’t do what they want.

They should know better.