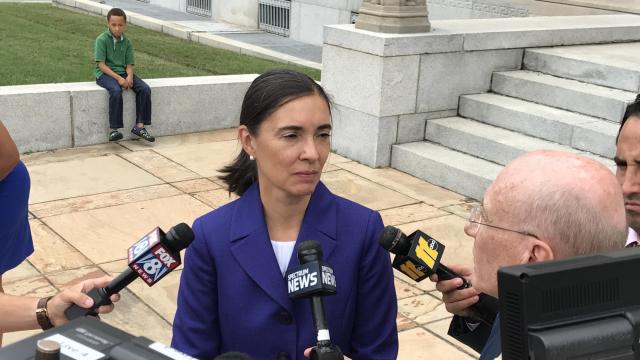 When voters look at their ballots, they’ll see a choice for North Carolina Supreme Court Justice:

Experienced, serious, determined and tireless. Anita Earls, particularly in the last 18 years, has practiced law taking on cases and causes that have had her going up against Democrats and Republicans. She’s challenged illegal gerrymandering and efforts to limit the voting rights of minorities.  Her work, most often on behalf of those who lack voices in the halls of power – as well as her personal life experiences – will bring important experience and perspective to the state’s highest court.

Electing judges is serious business and this race has special significance. At risk is the fragile independence of our courts from the political influence of the General Assembly.

The current legislative leaders have been unrelenting in their efforts to politicize and control the courts. To protect the Republican incumbent, the legislature eliminated the primary for this state Supreme Court seat. Their idea was there would be no Republican opposition and several Democratic candidates on the ballot – splitting the Democratic vote and ensuring a GOP victory. Shameless manipulation.

It didn’t work out that way.

The legislature’s efforts at manipulating this election and the courts should be troubling to all North Carolinians. The most significant accomplishment has been to keep voters confused. Their manipulations led to cancelation of appellate court election primaries and legal challenges over which candidates can, or cannot, call themselves Republicans. They’ve worked to shift the order names appear on the ballot and take other steps to give Republican candidates an edge.

They’ve reversed reforms enacted from 1996 through 2004 that made state judicial elections nonpartisan and even provided for a system of public financing for appellate campaigns. Until the current legislature’s actions, these reforms made North Carolina a national model for judicial election reform and independent courts.

And don’t forget the notorious proposed State Constitutional amendment to strip the governor – and take for themselves -- the power to appoint judges. These are the judges who will determine if the laws the legislature passes are constitutional. We repeat, as we’ve advised earlier, this is a dangerous violation of the State Constitution’s demand for separate and independent branches of government. Voters should reject it.

Voting for Anita Earls makes a strong statement in favor of an independent court system in North Carolina.