Editorial: Felons who've served their prison time should be able to vote after release 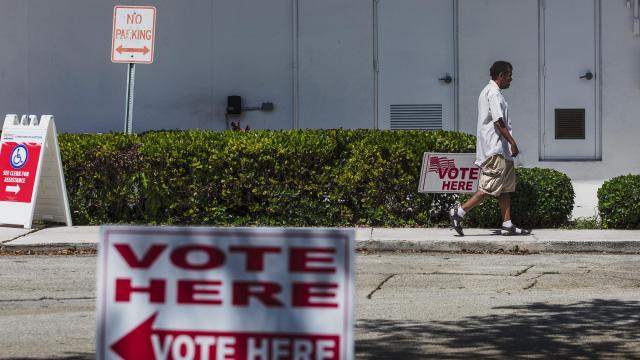 Nearly 60,000 convicted felons, who completed their time behind bars, still are not allowed to vote after they’ve been released and returned to society.

Today a three-judge panel will hear a challenge to current North Carolina law that requires convicted felons complete probation along with pay any fines or fees owed, before they have their right to vote restored. The challenge is being brought by a coalition of advocates that includes the state chapter of the NAACP, Forward Justice and the state Second Chance Alliance.

The judges’ task will be to decide whether the state has the authority to determine and impose restrictions on when felons are allowed to vote. Basically, the job of the three Superior Court judges – Lisa Bell of Mecklenburg County, Keith Gregory of Wake County or John Dunlow of Granville County – is to decide what the state can do, NOT whether what it has done is good or bad.

Regardless of what they find concerning proper exercise of authority by the General Assembly – which wrote the law in the first place – the legislature needs to change state law so felons who have completed their required incarceration can register and vote. There is no good reason not to restore voting rights to people our judicial system has determined are fit to return to general society.

Under current law it can be anywhere from as few as three to as many as a dozen years – or more – before a felon who is out of prison can be eligible to get their right to vote back.

In every other way, these people are “normal” citizens. They work at jobs, they pay taxes and they raise families. But they cannot vote.

"It makes me think of going back to being three-fifths of a man (a reference to the original Constitution that counted slaves as less than white people for the Census and to determine representation in Washington)," said Daquan Peters. Peters was convicted and served more than 12 years for possession of crack cocaine. Since his release from prison he’s worked two jobs to support his family but because he remains on probation, he is barred from voting.

Research shows that while Blacks make up 22 % of the voting age population in the state, they make up 42% of those who cannot vote during probation or parole.

Seventeen states and the District of Columbia restore voting rights after a person has been released from prison. North Carolina should join them.

Rather than continuing to make felons lesser citizens, part of the effort to integrate convicts back into society should be reminding and enabling them to participate in the most basic right AND OBLIGATION of citizenship.

Our society wants ex-convicts to work and pay taxes. Giving people opportunities to fully participate in society – including voting – promotes rehabilitation and re-integration into society. There is no down-side and certainly no gain from withholding the opportunity to vote.

While it is likely the court will determine what it is the legislature can or cannot do concerning when felons can be allowed to vote – it likely won’t tell them what the best thing is to do.

What the legislature should do is fix the law. When our judicial system determines convicts can return to society – with all the obligations that entails -- that full participating includes the right – and expectation – to vote.