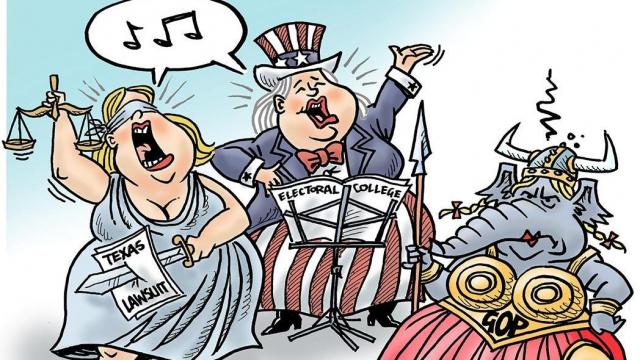 Let’s be frank. The motive of the seven North Carolina Republicans who signed onto Texas’ baseless challenge to the legitimacy of millions of votes in Georgia, Michigan, Pennsylvania and Wisconsin has nothing to do with any actual desire to see Donald Trump keep the presidency.

They know that Democrat Joseph Biden got more votes – both popular and electoral – than Trump. They know there wasn’t any of the massive fraud that Trump baselessly claimed nor do they (or Trump) have any evidence of vote-counting errors or widespread technology failures. The six incumbents who won re-election did not utter a peep to question the legitimacy of votes in their own successful campaigns.

They signed onto the lawsuit – rapidly rejected by the U.S. Supreme Court last week and tossed into the overflowing dustbin of other baseless legal challenges – out of fear as they look two years to their next election. They’re terrified if they fail to bow, even to Trump’s most frivolous whim, the increasingly radicalized base of his devotees will respond negatively in a GOP primary to the perceived insufficient loyalty.

Political expedience at the cost of upholding the integrity of every voter and each ballot cast is why Rep. Dan Bishop, Rep. Ted Budd, Rep. Virginia Foxx, Rep. Richard Hudson, Rep. Greg Murphy, Rep. David Rouzer and Rep. Mark Walker were part of 126 Republicans who signed onto the lawsuit. In doing so they were essentially mocking the electoral process to appease Trump’s phony allegations and baseless efforts to lay claim to an office he lost by 7 million legally cast popular votes.

The electoral college will cement Joe Biden’s victory today as each state’s electors affirm the results 306 to 232 to make him the next president. 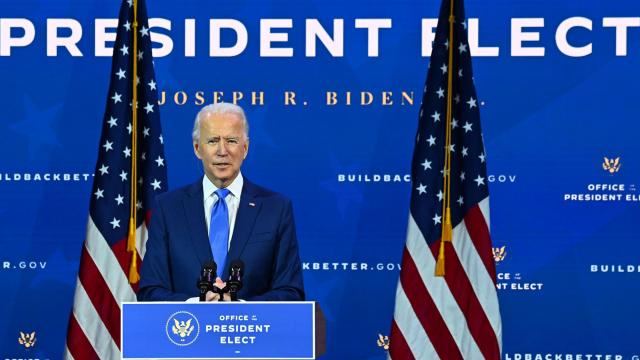 In the United States, elections are won at the ballot box, where the real power of our democracy resides. Our members of Congress should be standing up for the integrity of American voters. They should not be seeking to subvert the people’s will with phony legalese and strong-arm bullying.

As we’ve witnessed in the weeks since the election, democracy and the will of the voters can’t be subverted. Our institution offers a strong base and people of integrity – Republicans and Democrats who supervise voting and elected officials who are responsible for elections or govern states – worked diligently to assure qualified voters have their ballots accurately counted.

It is distressing that these members of the U.S. House are more interested protecting their own political hides.

It should not go without note that two of North Carolina’s Republican House members, Patrick McHenry and George Holding, didn’t join the others. They have not yet given any reason for their decisions. Nor have they spoken in support or opposition to the effort. This is no time for silence. They should be clear about where they stand and why.

Do Bishop, Budd, Foxx, Hudson, Murphy and Rouzer (Walker didn’t seek re-election but says he wants to run for the U.S. Senate in two years) really believe votes cast in North Carolina -- in ways similar to those they wanted tossed in Georgia, Michigan, Pennsylvania and Wisconsin -- are just as illegitimate? Do they want their own victories nullified?

No way, we’re sure. Plain and simple -- they fear the wrath of Trump.

They look to the behavior of Sen. Thom Tillis who briefly expressed modest independence from Trump but was quickly intimidated. They see Tillis’ narrow re-election over a scandal-ridden Democrat and worry a primary challenge could knock them off their perch.

To keep himself in office, Trump wants courts to ignore the law. He wants members of Congress to act contrary to the Constitution and the will of the voters.

Bishop, Budd, Foxx, Hudson, Murphy and Rouzer are cynics and all too willing to act as Trump commands, regardless of the legality, simply to protect their own political skins.

We are fortunate that American democracy has a strong base that is not weakened when those who are responsible for shoring it up, like these North Carolinians in the U.S. House, quake.

But that doesn’t mean voters should forget this sorry behavior. Two years from now voters should fulfill their fears. But it won’t be because they failed to appease the political base of Trump loyalists but rather their failure to stand by ALL the voters who put them in office.