Editorial: Election's focus now on voters and ballots, not politics and posturing 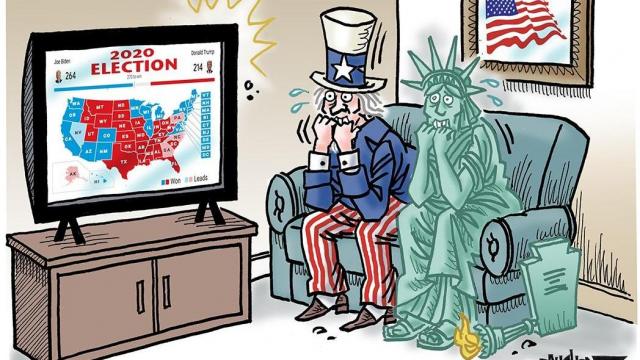 Listen to Donald Trump as he talks about the election. It is all about HIS candidacy. It is about HIS voters and HIS votes.

Donald Trump – and other politicians who think like him -- have it wrong. Elections are about voters.

Elections give voice to qualified voters through their properly cast ballots. To assure every voter’s voice is heard, every ballot cast must be accurately and fully counted.

In the American democracy, it is voters and ballots that are the purpose and focus of elections. That is the center of attention.

In North Carolina, state and local officials have done an admirable job in fulfilling their critical duty to make democracy work. In the midst of the worst health pandemic in a century, they’ve conducted an election that saw a record turnout -- 75% of 7.4 million registered voters casting ballots. On Tuesday night, everyone of the votes cast and turned into boards of elections were counted – 977,186 absentee mail-in votes; 3.62 million in-person early votes; and 889,535 votes cast on Election Day.

The weeks of voting culminating on Election Day – beyond the extracurricular legal wrangling of those intent on limiting and intimidating voters – saw relatively little drama or disruption at polling places and the Election Night count was completed expeditiously – particularly given the record-setting turnout. 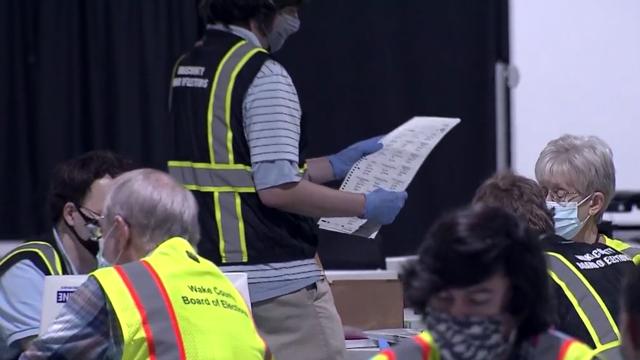 But the ballot counting isn’t over. There are as many as 117,000 absentee mail-in ballots that have not been returned. State elections officials say any of those properly completed ballots that were placed in the mail on Nov. 3 and received by Thursday Nov. 12 must be counted. That is the law – affirmed by the highest court in the land.

As state elections officials stressed during a news conference on Wednesday, it is not their job to “declare” winners. There is a process, proscribed by law, through which votes are officially counted and certified.

The current counts of several high-profile contests in North Carolina -- including races for president, U.S. Senator, the Chief Justice of the state Supreme Court and several Council of State offices – are so close there is no obvious winner. The outstanding mail-in ballots could have a significant impact on the outcome of those races.

Let’s get our priorities clear. The main one is counting of every properly cast vote. While knowing who wins an election is important, the only way to do that is to wait until Nov 12 when EVERY vote will be counted.

The most basic function of an election is that all voters have their properly cast ballot counted. Every North Carolinian, every candidate, must know and be confident that the results of their elections reflect the will of EVERY participating voter.

It is most important that North Carolinians – particularly the partisan leaders of our state – exercise patience to allow state and local officials to secure and count every vote.

An election is not so much about the names on our ballots as it is about the citizens who cast those ballots.

If politicians want to demonstrate their patriotism, they will do all they can to assist – and not interfere or distract – from the proper counting of the final outstanding votes.