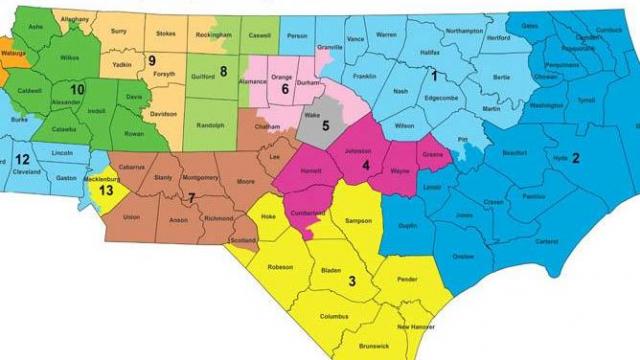 PART 3: In the season of endorsements, Capitol Broadcasting Company is focusing on issues not individuals. Get to know where the candidates stand and vote for those that line up in agreement with the issues we’re outlining in a special series on this page. Political parties and ideologies are irrelevant.

A CBC Editorial: Wednesday, Oct. 12, 2016; Editorial# 8067
The following is the opinion of Capitol Broadcasting Company

When the newly elected General Assembly convenes in early January, it will have plenty to do just fixing the damage left by the previous legislature.

At the top of the agenda, due to an order from the U.S. District Court, is drawing new legislative districts “to correct the constitutional deficiencies” of a failed redistricting plan that was thrown out by the court. For the last four years, the General Assembly has been unable to pass election-related laws that meet constitutional muster. No fewer than six redistricting and election laws have been declared unconstitutional.

The veto-proof majority of the Republican –controlled legislature has rigged state representative districts so severely that 42 percent of all legislators are unopposed on the November ballot and there is only token opposition in dozens of other races.

It is time to elect legislators who will work to reverse this non-representative system. We suggest they start in two basic ways:

Federal courts have repeatedly said the recent secretive and heavy-handed drawing of congressional, legislative and even local representative districts has been racially motivated – no matter what disguise has been concocted to hide it -- and left many North Carolinians disenfranchised.

A newly-elected legislature can, in short order, remedy the situation by instituting a non-partisan system to handle legislative and congressional redistricting. It isn’t hard, but relies upon the good will of legislators to be serious about solving the problem.

It is quite doable, as a bipartisan group of retired North Carolina judges demonstrated this summer. Duke University and Common Cause brought together the panel. In as little as 12 to 15 hours members created 13 geographically-compact U.S. House of Representatives districts – focusing only on keeping each relatively equal in population and in compliance with the federal Voting Rights act – and NOT considering political party registration or voting history.  The result was six likely-GOP districts, four likely-Democratic districts and three toss-ups.

The redistricting system is broken. Candidates for the General Assembly must pledge to fix it by creating a non-partisan commission to draw new districts – with a simple mandate: keep the districts equal in size, geographically compact and in compliance with the federal voting rights act. Previous voting behavior is irrelevant.

North Carolina is also in danger of putting its judges up for sale. Judicial elections that go to the highest bidder, or donor, destroy confidence in the administration of justice and open it to easy corruption.

From 2004 to 2011 North Carolina had a model for publically-financed judicial elections.

North Carolina taxpayers funded the system, through a voluntary $3 check-off on their income taxes – along with a $50 assessment on all lawyers. It was popular enough that 47 of 61 candidates running for the state Supreme Court and Court of Appeals – Democrats and Republicans alike used it. It was a model copied by other states.

But in 2013 the General Assembly abolished it and that brought a flood of money back into the election of judges and justices. The next year North Carolina was second only to Michigan in money spent on judicial elections.

Much of the $6 million spent that year came from lawyers, lobbyists and special interest groups – all folks who have a clear and direct interest in who is – and is not – a judge on the state’s highest courts.

The Brennen Center for Justice at New York University found that 90 percent of the judicial candidates who raised the most money won their elections.

Justice for sale to the highest bidder isn’t justice at all. Voters should back candidates who pledge to reinstate North Carolina’s Voter-Owned Elections program. It isn’t expensive, it works and will help assure honest administration of justice in North Carolina.