Editorial: Did Trump sacrifice Pennsylvania and Georgia to win in N.C.? 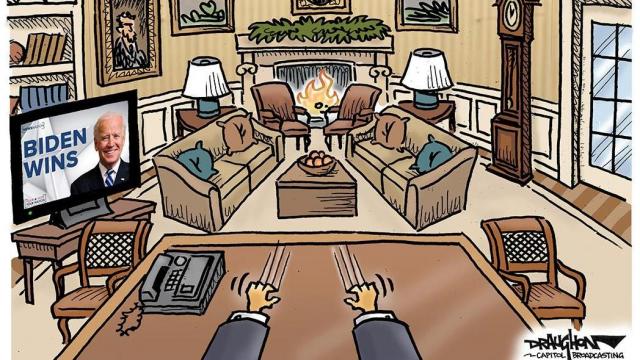 Did President Donald Trump’s obsessive focus on North Carolina cost him the presidency?

That question will loom large as the reality of Joe Biden’s victory in Pennsylvania – cementing the Democrat’s win to become the 46th president -- and Trump’s trailing and potential loss in Georgia solidify.

From late August to the day before the election, the incumbent Republican president made 10 campaign trips to the state. His Vice President Mike Pence added another six visits. That doesn’t include the many campaign season visits by Trump’s children and cabinet members.

Over the same period, the President made just three trips to Georgia – Atlanta in late September, Macon in mid-October and Rome on Nov. 1. Trump’s campaign clearly assumed Georgia win was in the cards. 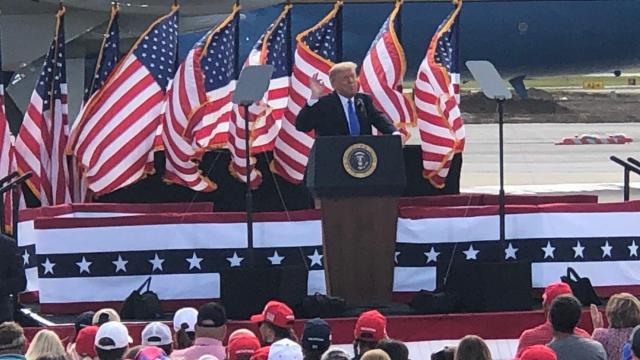 Trump did make eight visits to Pennsylvania. But, by his own admission, he didn’t think they were necessary. Pennsylvania, always viewed as a critical swing state, was in the bag for Trump. Here’s what he told a crowd in Erie at an Oct. 20 rally: “Before the plague came in, I had it made. I wasn’t coming to Erie. I mean, I have to be honest. There was no way I was coming. I didn’t have to. I would’ve called you and said: ‘Hey, Erie. You know, if you have a chance, get out and vote.’ We had this thing won.”

Imagine Trump’s outrage when it becomes even more clear that he repeated the mistakes Democrat Hillary Clinton made four years earlier. Her campaign’s neglect of rustbelt states Pennsylvania, Wisconsin and Michigan narrowly cost her the election by fewer than 100,000 votes. While Clinton captured 2.9 million more votes than Trump nationwide, slightly more than 10,000 votes in Michigan, 22,000 in Wisconsin and 44,000 in Pennsylvania gave wins in those states to Trump and tilted the electoral college in his favor.

North Carolina Republicans, hobbled in this election by having to face a popular Democratic incumbent and a GOP incumbent U.S. senator down in the polls, were heavily outspent in the state. Trump’s campaign money and more than weekly visits in the final month of the campaign were critical in the GOP get-out-the vote effort.

During the four-week period of early voting Trump made weekly visits to the state and Pence was in the state five times. The impact of those appearances on get-out-the-vote efforts should not be underestimated.

That advantage was also reflected down the ballot in races for senator where incumbent Republican Sen. Thom Tillis had a similar advantage over Democratic challenger Cal Cunningham. Additionally in the Senate race, third-party candidates got 235,000 votes – nearly three times the amount cast for third-party candidates for president or governor. Clearly that gave an advantage to Tillis – but that’s another story (stay tuned).

Even in the race for governor, where incumbent Democrat Roy Cooper had a major advantage, he barely edged his Republican challenger Lt. Gov. Dan Forest by just 1,700 votes in early in-person voting. In mail-in voting Cooper led Forest by more than 450,000 votes and another 240,000 in in-person Election Day voting.

There are still about 135,000 provisional and outstanding absentee ballots to be counted in the state later this week. With the narrow leads in the presidential and U.S. Senate races, as well as some others, that is why winners haven’t yet been declared.

To the degree that Republicans, up and down the ballot in North Carolina exceeded expectations, they should thank Trump.

Will Donald Trump say North Carolina’s 15 electoral votes were worth the cost of 36 other electoral votes (20 in Pennsylvania and 16 in Georgia)? Will it be worth that sacrifice to end up keeping the U.S. Senate in Republican hands? Was it worth it to add more Republicans to the state’s highest courts?

Our bet is Donald Trump’s answer would be distinctly different from that of the state’s Republicans.