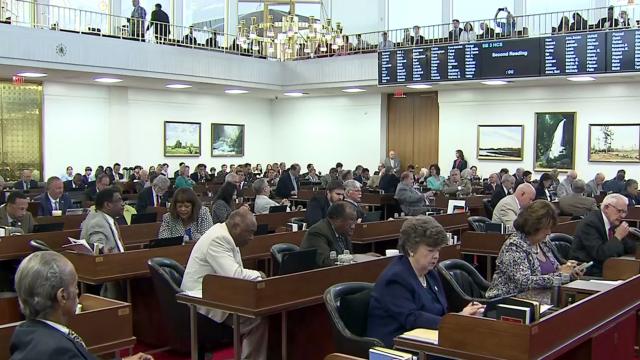 There’s a lot North Carolina’s legislative leaders could learn from the many civic groups and clubs that bring diverse business and community leaders together to work toward common goals to make their hometowns better places.

Rotary International, one that we’ll bet includes among its membership many in the N.C. General Assembly, has a set of basic principles – “The Four Way Test” – that legislators these days rarely seem to embrace:

There’s no need to go far to find examples where legislative leaders like Phil Berger might have applied Rotary’s test and ended up serving the state better.

No starker example exists than the bitter, partisan, spiteful and foolish $10 million cut to the State Justice Department budget.

The cuts, which had not been publically discussed and were not in earlier House or Senate versions of the budget, appeared without explanation or justification in the slap-dash final budget that was shoved through the legislature during the final hours of the current session.

"We have again looked at his budget, looked at those things that he is charged constitutionally and statutorily with doing, and believe that the funding level is more than adequate for him to be able to do his job," was the obfuscating legislative double-speak Berger offered to defend the cuts after the budget passed.

It is likely half the lawyers in the agency most responsible for protecting North Carolinians from violent and white-collar criminals, fraud, scammers and polluters will be out of work as a result of the draconian cuts.

So, taking the Rotary’s test – how about those four questions, Sen. Berger?

Is it the truth? The dodgy replies to why the cuts were made don’t come close to anything open and honest. This is a personal attack against Attorney General Josh Stein.  So what if people are fired and necessary services are lost?  The goal is to send Stein a message.

What do you have against Stein? That he’s a Democrat? That he is an Ivy League grad?  That you don’t like his father, a noted activist lawyer?  Doesn’t belong to the right clubs? You don’t like his voting record in the Senate?

You have not hurt Josh Stein. You have hurt thousands of North Carolina citizens.

Is it fair to all concerned? Well, this was done in secret, no consultation with ANYONE who might be affected, without any debate and certainly without any input from Stein. That doesn’t fit any reasonable person’s definition of fair.

Will it build good will and better friendships? This has done little but deepen animosity, stir suspicion, stiffen rigid political divisions and discourage dialogue.

Will it be beneficial to all concerned? Fewer lawyers to defend North Carolina laws in court; to make sure criminals stay behind bars; to make sure scammers are held accountable for their schemes; to prevent tax cheats and welfare fraud. Who benefits from that?

Get with the program and get off your partisan podium Sen. Berger. When the General Assembly comes back into session on Aug. 3, one of the top priorities needs to be fully restoring the Department of Justice budget.

The following Triangle-area legislators voted to override Gov. Roy Cooper’s budget veto, and thus in favor of the $10 million cut to the Justice Department: Why?