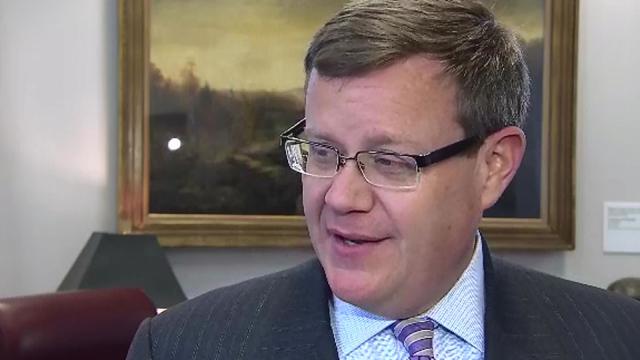 From the CBC Opinion Editor: Friday, Sept. 23, 2016
The following is a column by Seth Effron, opinion editor for Capitol Broadcasting Company

In “The Godfather” films, when Don Corleone wanted to put the squeeze on someone, he’d say: “Make him an offer he can’t refuse.”

When House Speaker Tim Moore wanted the city of Charlotte leaders to compromise to get HB2 repealed, he took a different tack. Moore, R-Cleveland, made them an offer they couldn’t accept.

While those weren’t exactly his words, that’s what the deal he and Senate leader Phil Berger, R-Rockingham, essentially offered. Just watch and listen to what he said in this WRAL-TV report below, during a discussion with reporters.

Moore demands the Charlotte City Council first repeal its non-discrimination ordinance “unconditionally.” After that happens, he MIGHT see IF there’s support among the Republicans in the legislature to “maybe taking a look to find other ways to see if we could, you know, support and make sure there were basic protections, you know, when it comes to restrooms, changing facilities, showers, etc.” Moore stressed that the legislature hadn’t “taken a formal position … because we were waiting to see if Charlotte‘s going to move.”

Who conducts a serious negotiation where action is demanded of one side, while the other promises no quid pro quo (I’ll scratch your back, but if I do, you have to agree to scratch mine)?

Keep in mind the problems that have erupted – businesses abandoning North Carolina expansion plans, artists refusing to perform in the state, conventions cancelling planned events, professional and college sports leagues moving major championship games outside the state – all came as a result of the LEGISLATURE’S passage of HB2.

Those decisions weren’t in reaction to anything the city of Charlotte did. In fact, more than 200 other local government around the nation have passed similar ordinances and laws without any negative consequences.

A customer spots a model. “What’s it cost?”

Moore gives the customer a firm handshake and pat on the back. “$30 grand,” he replies.

“$30 grand! That’s an awful lot for that model. Let’s talk about that,” the customer says.

“No problem. Sure, we can negotiate.” Moore says. “But first, you have to agree you’ll pay $30,000 for the car. And I can promise that maybe I can get you something on a trade-in.”

“What?” the customer wonders.

“I’m very disappointed that you don’t even want to talk about this,” Moore says. “All you need to do is agree to pay $30,000 for the car. I’m just being reasonable here.”

The customer is speechless and confused.

“Oh, and after you agree, I’ll need to check with the other sales agents to see if we’ll need to tack on anything additional and maybe that trade-in might get worked out. So, do we have a deal?”

“No way!” the customer replies, walking away in bewilderment and disgust.

“Wait, wait,” Moore, scurries after the customer. “You asked me about the car. You wanted to buy it. This is all your fault.”

Car salesman Tim Moore wouldn’t last too long on the showroom floor with that approach.

North Carolinians shouldn’t accept that kind of not-so-slick fast-talk either.

The reality is that Gov. Pat McCrory and the legislative leadership are looking for a scapegoat to absolve them of their responsibility. The damage done by the impulsive imposition of HB2 rests with the governor and the legislature, no one else.

No gyrations, convoluted logic or political spin can cover that up or change that equation.

There’s no magic needed here. As Colin Powell might say to the legislature: “You broke it. You own it.”

McCrory and the legislature need to repeal HB2, now. No strings attached.