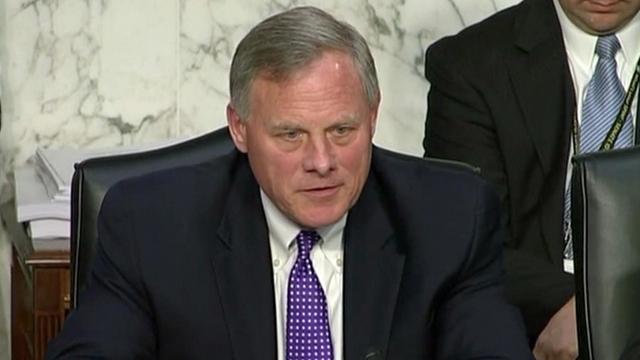 The hashtag “#neverromney” emerged – a jab at the “Never Trump” movement during the presidential campaign that emerged after a March 2016 speech from Romney.

In two days, trending topics like “Mitt Romney” and “Hatch” skyrocketed on Russia-linked Twitter networks. Trending hashtags on those networks, such as “neverromney” and “orrinhatch” had a similar bounce.

This has nothing to do with taking any sides in the Utah Senate race.

This is about the apparent continued Russian interference in American campaigns and elections.

Just as we’re seeing another resurgence of this meddling, there are rumblings out of Washington that Republican leaders are anxious to bring the congressional inquiries into Russian involvement in domestic politics to a close before the 2018 campaign season gets into gear.

North Carolina Sen. Richard Burr leads the Senate Intelligence Committee and its investigation into what role, if any, international meddling may have played in the outcome of the 2016 presidential campaign. He’s acknowledged that President Trump has strongly urged him to wrap up the committee’s probe. Additionally, Burr recently told reporters he wanted to wrap up the investigation early this year – and hasn’t decided what the committee would do – put together a report or simply make public much of the information the committee gathered.

“The important aspect is: Can we lay the facts down so the American people can come to their own conclusion?” Burr said.

Questions about whether Trump or his campaign knew of the Russian efforts in 2016 or even more so, if they aided in them, should be thoroughly examined.

But those matters are separate from the more basic concern.

Questions of international interference in our electoral process are serious. They are not partisan and should not be dismissed as the 2018 elections open.

North Carolinians didn’t elect Burr to, figuratively, throw some spaghetti against a wall to see what sticks. That’s certainly not the approach Burr’s taken on other high-profile issues such as repeal of the Affordable Care Act or the GOP tax cuts.

Burr well knows that the work of the committee isn’t merely to gather information, but rather to evaluate it, make recommendations and take action based on what it’s learned.

Given the latest Russian outburst concerning a potential Romney senate candidacy, the meddling is an ongoing threat to our electoral system.

Sen. Burr, based on what you have learned in your committee work: