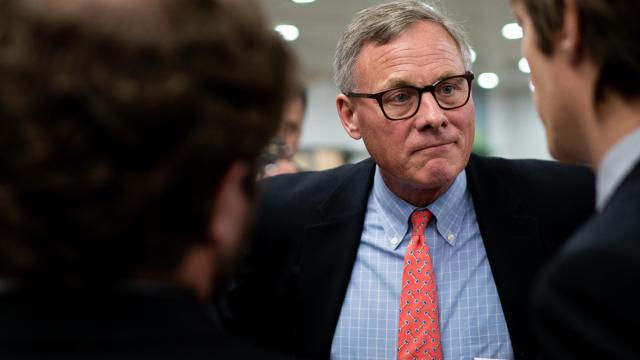 The evidence that has been gathered and exposed by the Senate Intelligence Committee should trouble all Americans – regardless of partisan persuasion. The report provides critical evidence and recommendations to address and thwart future foreign interference in our elections. But it fails to more directly address the behavior of candidates and campaigns that directly or indirectly encourage, embrace, take advantage or even directly participate in these efforts to disrupt our democracy.

The Senate report on interference in the 2016 elections dropped earlier this month with barely a thud. But the findings from the committee headed by North Carolina Sen. Richard Burr will have resounding significance. The committee starkly and impartially gathered and presented undisputable evidence of how the Russians interfered with the 2016 election, how significant the impact was and just who it helped.

“In the final three months leading up to Election Day, the top-performing intentionally false stories on Facebook actually outperformed the top news stories from the nineteen major news outlets,” the report said of the success achieved by Russian disinformation, diversion and distraction efforts.

The report offers up a series of recommendations to address ways to deter foreign interference; securing both social media and elections cyber systems from exploitation and hacking; securing voting systems; and helping states to improve and pay for better ballot credibility and security.

Burr’s committee’s work, to its credit, has been contrasted with the blandness and broad findings in the report issued by Special Counsel Robert Mueller. Burr, and the committee’s ranking Democratic member Mark Warner of Virginia, offered up specific findings and stark warnings if these activities are not addressed.

The committee even recommends that there be a series of public service announcements – along the lines of warnings about the dangers of tobacco consumption – to promote informed social media behavior and raise voter awareness about various types of foreign influence and interference activity targeting American citizens, businesses, and institutions.

The committee cataloged the ways Russians worked to: diminish voters’ confidence in fair elections; reduce trust in traditional news institutions; exploit racial, ethnic and religious differences. All of this done in such a massive way to overload information presented to the public and make it even more difficult to filter truth from fiction.

The report described the efforts as “fire hose of falsehood” because of its large volumes, channels, messages and “rapid, continuous, and repetitive” pace.

While it wasn’t the explicit purpose of the report, it identifies and raises serious concerns about the role played by President Donald Trump’s campaign in using and possibly encouraging the foreign interference.

Still, the report doesn’t directly say whether the Trump campaign was either directly engaged with those foreign forces seeking to interfere with the election or merely used those efforts to its advantage. Nor does it make any recommendations as to how candidates should behave or be held accountable for either accepting or taking advantage of this foreign interference.

Often, seemingly daily, the Trump campaign was taking to social media or making campaign statements on the stump to repeat and reinforce some of the false information pushed by the Russian propaganda effort.

Making findings and issuing a report is only part of the job Burr and his committee need to do. While we can be aware of and work to thwart foreign influence in our election, we also can directly address the appropriate and inappropriate behavior of candidates.

Burr, who said he won’t be seeking re-election, is in a unique position to do what needs to be done. He needs to make it his top priority to develop specific legislation, including making it clear that candidates cannot solicit or willingly accept foreign influence in their campaigns.

Cleaning up elections from destructive and disruptive international meddling – and making sure candidates who look to exploit it are penalized -- is a legacy Burr needs to embrace.