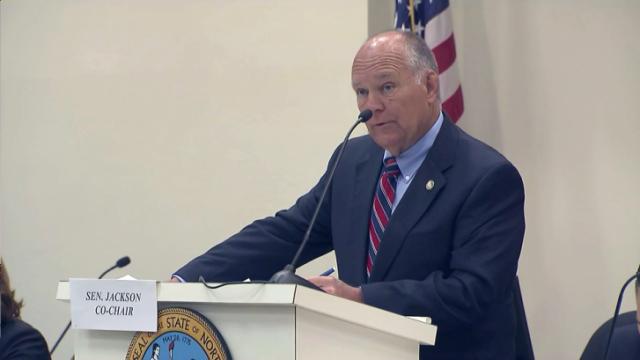 A CBC Editorial: Friday, May 19, 2017; Editorial # 8163
The following is the opinion of Capitol Broadcasting Company

In the wee-early morning hours in the North Carolina Senate last week, minorities were targeted in a last-minute sleight-of-hand in the state budget bill. “With almost surgical precision” as the Court of Appeals put it in the order striking down North Carolina’s discriminatory 2013 election law, an act of political vengeance approved by the state Senate targeted black legislators and the constituents they represent.

Angered at some legislators’ efforts to amend their budget dictates, Sen. Brent Jackson, a hog farmer from Sampson County, and the Senate leadership shifted hundreds of thousands of dollars away from schools in poor areas of the state to non-education programs in areas largely represented by Republicans.

It was a spiteful act aimed to put Democrats, particularly African-American senators, in their place. It strips $316,600 from early college high schools in Northampton and Washington counties and prohibits using state funds to support a summer science, math and technology program in the area. This action will, according to state Sen. Erica Smith-Ingram, shut the program down.

There is no shading of the truth here. This astonishing act of unvarnished racism is more reminiscent of 1917 North Carolina than 2017! It was about punishing those uppity black legislators in the Senate because the stood up and opposed the Senate leadership’s budget.

The General Assembly is an institution of democracy, and every senator – white or black -- got the same electoral ticket to ride on the legislative train. While some legislators see this as just playing political power games, there are real consequences to such acts of retribution that extend beyond the walls of the Legislative Building.

In this case it isn’t only the act of discrimination directed at other legislators, it is the harm done to school children – particularly low income children -- who have no part in the partisan shenanigans on Jones Street in Raleigh.

The funding shift exposes a true lack of concern for public education by those, like Senate Education Chairman Chad Barefoot, who disingenuously claim to be its champion. Sen. Barefoot, how could you support such a scheme? Were you awake?

The rash action comes from a gerrymandered group of political zealots who have lost their moral compass. You can learn about peoples’ value systems by what they do, not what they say. No "spin” about taxes can change the facts.

What the Senate did at 3:07 on Friday morning, May 12 will stand as testament to the true motivations and core beliefs of every senator voting “aye".

They should be ashamed.

HOW WAKE COUNTY VOTED ON AMENDMENT 15: The budget amendment passed 34-14. Wake County senators John Alexander and Chad Barefoot, both Republicans, voted for it. Dan Blue and Jay Chaudhuri, both Democrats, voted against it. Tamara Barringer, a Republican, had an excused absence and did not vote.