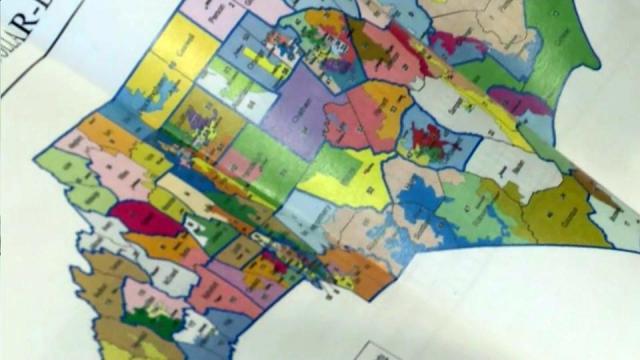 A CBC Editorial: Friday, Aug. 19, 2016; Editorial# 8044
The following is the opinion of Capitol Broadcasting Company

When it comes elections, most everyone agrees the more people to the polls the better; and voters should pick their representatives, not the other way around.

It is not about letting politicians be politicians. It’s reached the point in North Carolina that the government watchdog group Common Cause filed a federal lawsuit saying the hyper-partisan N.C. redistricting is unconstitutional.

With about 11 weeks to Election Day, North Carolinians will be headed to the polls with a lot at stake and too much up in the air. Choices on the ballot alone – President, U.S. Senate, Governor, Council of State, and offices from the legislature to the county courthouse – are critical.

Actions by the current legislature depress voter turnout. Engineering district upon district where candidates of one party are virtually guaranteed election diminishes participation.  The situation is so lopsided that 41 percent of the General Assembly’s 170 seats are unopposed.  For all but a handful of the rest, there is token opposition.  Candidates don’t need to make a case with voters to elect them.  On the flipside, what enticement is there to vote when there is no choice?

Common Cause, through its gerrymandering lawsuit, doesn’t just want the current redistricting maps fixed, it wants the whole process changed. “Instead of politicians drawing their own voting maps, redistricting should be entrusted to a nonpartisan body that can ensure congressional and legislative districts reflect our state’s population.” Executive Director Bob Phillips said.

Establishing a nonpartisan commission to develop districts, where more goes into the consideration than a guaranteed win for a specific political party, will assure all areas of the state get representation. It’s already working in Alaska, Arizona, California, Idaho, Montana and Washington – a collection of blue and red states.

Fairly drawn districts will be more competitive. Legislative and congressional candidates would need to address a broad range of issues, campaign more actively and appeal to voters more directly.  Conversely, voters would be more engaged and hold their elected officials more accountable.

Think about it again. The most fundamental foundations of democracy in North Carolina – the right to vote, the right to be fairly represented and to hold elected officials accountable – are under assault and tied up in legal challenges.

Hyper-partisan representation breeds political polarization, obliterating opportunities for sincere dialogue, cooperation and consensus in the legislative process. Fairly drawn districts would demand candidates speak to a broad range of citizens and cover a variety of issues and bridge differences to win both primaries and on Election Day.