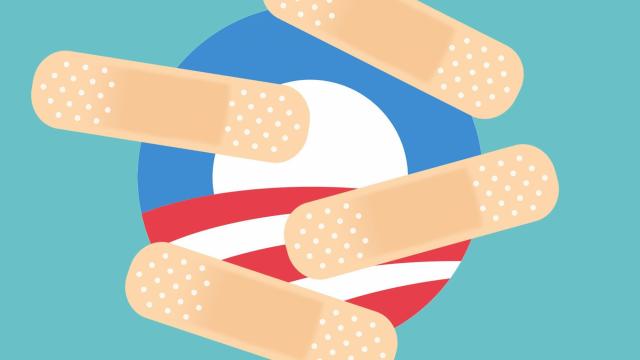 It is no accomplishment to kill something of value by starving it to death. The only redemption: In the slowness of the process there is the chance for everyone to clearly see what will be missed.

Such is the case with President Donald Trump and the congressional and legislative Republicans’ effort to abolish the Affordable Care Act. Failing to find the public support to immediately kill the program (why else weren’t they able to get the votes in a Congress they control?), they are making it as difficult as possible for Americans to participate.

The assault on Obamacare has been to provide less time and make it more difficult and confusing to sign up.

The “good” news – North Carolina ranks third – at 209,500 enrollees – among the 39 states that use HealthCare.gov and the federal exchange to enroll participants for insurance coverage. Enrollment here trails Texas and Florida.

The unfortunate reality is that current numbers are trailing, SIGNIFICANTLY, from registrations around a similar date a year ago. Registration is running 12 percent behind where it was a year ago at this time. While that might not seem like much, consider there’s a week until the program closes.  The difference is huge – 62 percent behind the more than half million in North Carolina who registered a year ago.

The result is fewer children will access the health care they need, fewer women will get mammograms that might save their lives and the overall health of the state will suffer.

Mark Van Arnam, spokesman for the N.C. Navigator Consortium (the federally-designated group in North Carolina to promote and assist in ACA outreach), says he’s still optimistic. In fact he has seen a major increase in the pace of enrollments in recent days with the deadline approaching.

“We had very, very steady and high traffic, for the first several weeks, which slowed at Thanksgiving,” Van Arnam said, which he noted was typical. “We are likely to see a good increase in numbers, from those most recently reported. We know that in the last week there’s always a big surge of consumers.”

Premiums in North Carolina have jumped, Van Arnam said, but the increases have led to higher subsidies, as required under the Affordable Care Act. He said there are consumers who are seeing no increases in their premiums while others see, thanks to the subsidies, only minimal increases.

The N.C. Navigators not only provide advice, but can help applicants with finding the best coverage to meet their individual needs and help them get signed up – at no cost.

Assistance can be found online at www.navigator.net or by calling toll-free 855-733.3711. The Affordable Care Act signup site is online at www.healthcare.gov.

There is no reason that those who need it, should be denied the opportunity to have coverage simply because of an arbitrary decision to unreasonably curtail the sign-up period. North Carolina’s congressional delegation should be leading the effort to demand that President Trump return the deadline to its original date – Jan. 31.

Just because some politicians may be ideologically-motivated to add confusion to the sign-up process, North Carolinians don’t have to go without health coverage. Sign up today.

The North Carolina General Assembly’s legislative leaders have refused to allow federally-funded health coverage to more than a half-million state citizens those who need it the most. This is a program that has, in other states, demonstrated its value and effectiveness. It is not simply the loss of the federal dollars, now going to other states that are using federal funds to extend medical coverage to their citizens. There is a real cost to the North Carolina economy.  Below is the latest tally, through November, of the cost in real health care, lives and jobs, of the state’s needless refusal to participate in a program that would help citizens who need it the most.

BY THE NUMBERS: COSTS OF DENYING HEALTH INSURANCE N.C.

*Opting Out Of Medicaid Expansion: The Health And Financial Impacts, Health Affairs Blog
**The Economic and Employment Costs of Not Expanding Medicaid in N.C., Center for Health Policy Research, The George Washington University, Dec. 2014