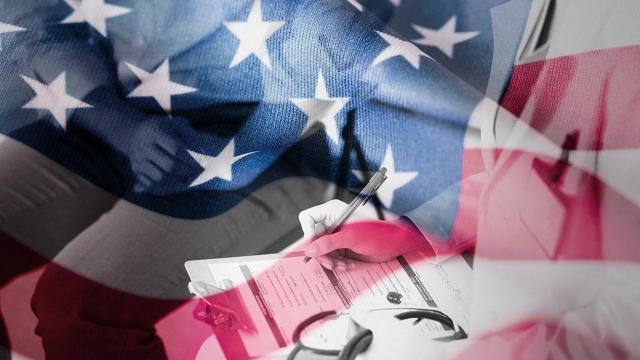 They give you “pants are on fire.” You get four Pinocchios.

You were desperate to prove your lies – that the ACA was a failed program. You attempted to derisively call it “Obamacare” thinking you would shame the president who pushed the program – but instead he embraced the label.

You chopped in half, the amount of time people could sign up for health coverage; you slashed the budget to reach out and provide assistance to those who wanted to sign up.

You did just about everything possible to drive people away from enrolling and rig the results. President Trump even declared, the day after the truly much-reviled tax-change bill passed: "Obamacare has been repealed in this bill."

Successful insurance programs require everyone to be insured so the risk is spread among both healthy and sick people. It’s a business-like approach. The new tax bill allows freeloaders to wait until they get sick to buy insurance -- raising the cost to those already insured.

Results may not matter to the ideologue. But there’s a funny thing about ideological desperation that leads to lies, phony facts and manipulation of reality.

Americans will rise, and speak the truth. With their actions, 8.8 million Americans said they like and need the program. That was 96 percent of the total that signed up a year earlier. North Carolina registration dropped a similar miniscule 4.5 percent – from 549,158 last year to 523,989 this year.

They are not going to let you kill it.

Total enrollment may continue to climb since it has not closed in 11 states – including California and New York along with Washington, D.C. Those states run their own insurance exchanges. Several million more may be added before enrollment closes in those states.

“Enrollment defied expectations and the Trump administration’s efforts to undermine it,” Lori Lodes, a former Obama administration health official who joined with other Obama alumni to push the program when federal efforts were curtailed, told Kaiser Health News. “The demand for affordable coverage speaks volumes — proving, yet again, the staying power of the marketplaces.”

North Carolinians clearly understand the need for adequate health care coverage and believe people should have it. Over the last six weeks, more than a half-million spoke with their actions.

Given this strong vote of confidence by North Carolinians in the ACA, it is even more baffling to comprehend why the state has not embraced federal funding to extend health coverage to another half-million of the state's citizens. This program has, in other states, demonstrated its value and effectiveness. It is not simply the loss of the federal dollars -- $10.3 billion since 2014 -- now going to other states. Experts estimate at least 1,773 North Carolinians have died, who otherwise wouldn’t, if they’d had health coverage while nearly 100,000 diabetics have had to go without their medication. There is a real cost to North Carolina’s economy including 46,500 jobs that would otherwise have been created.

North Carolinians know the truth when they see it – and state legislators need to remove their ideological blinders and see it too. Accept the truth: The ACA works; citizens embrace it; it saves lives. When the General Assembly goes into session in January, the leadership should make a top priority, accepting the federal support to expand health coverage to those most in need.